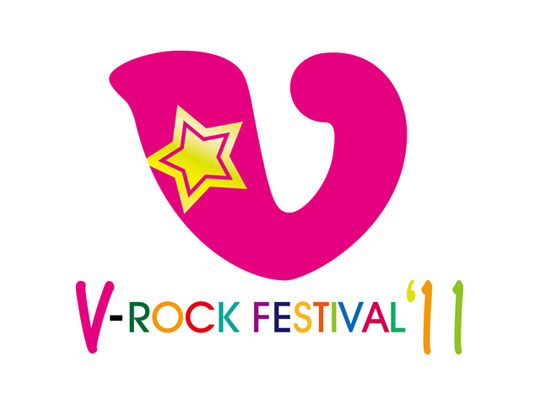 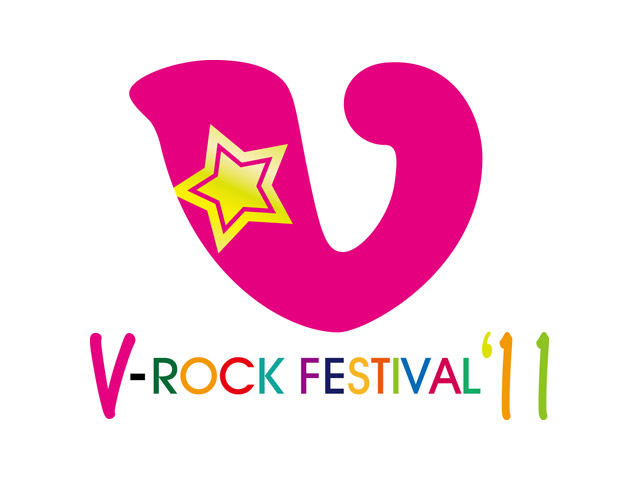 With a brilliant artist lineup of more than 50 artist units including Marilyn Manson and the GazettE, V-ROCK FESTIVAL attracted a total audience of 29,000 back in 2009. “V-ROCK FESTIVAL ’09,” the biggest visual rock festival in history, is now back this year as “V-ROCK FESTIVAL ’11.” This year, the venue will be changed to Saitama Super Arena with a grand lineup of Gackt’s new band “YELLOW FRIED CHICKENz,” MUCC, SOPHIA (to be revived at Budokan this summer), MICHAEL MONROE(ex-HANOI ROCKS) and other BIG artists!The audiences will be free to go back and forth different stages and enjoy their choice of stages of many different popular artists ranging from domestic to overseas.
On the day of the previous festival in 2009, an international press center was set up for overseas music agencies and labels to partake in business interactions and deals on the spot. Many participating artists successfully made ties and deals such as license contracts with overseas representatives.Tickets for overseas fans and packages tours were available as well. Ticketing took place in 46 countries around the world and more than 1000 fans from Europe, Asia, North Americas and Latin Americas came out to join the festivities. Also, various scenes from the venue and a special studio were broadcasted live on the Internet to the entire world.
Incorporating P2P, the number of overall access set the record in 5-digit!
Not only in the domestic Japanese media, but this historical event also made headlines for overseas media such as newspapers, magazines and Internet news.Everyone around the world paid great attention for the fact that “V-ROCK FESTIVAL” was an original event put together in Japan through successful marketing and importing of Japanese pop culture.
This year’s festival will be equipped with not only with the stages as promisedjust like the previous one, but also with other various booths and corners. During the festival, there will be event booths and photo sessions with artists.Of course, there will also be original event merchandise available only at the venue along with artists’ merchandise, apparel articles and collaborated items!That’s not all! You’ll be able to enjoy many different foods from around the world at the food service area. Moreover, there will be booths hosted by supporting entities in the concourse, so you will most definitely enjoy every corner of the venue!
※The above contents are subject to change without notice. We appreciate your understanding in advance.
■Event Title: V-ROCK FESTIVAL ’11
■Event Details:
From Japan to the world!! The very first V-Rock festival in the world “V-ROCK FESTIVAL” that attracted so much attention all around the world is back this fall. V-rock is in the center of everyone’s interests for “Japanese Culture,” causing movement in places like Europe and the Americas. Including Gackt’s new band “YELLOW FRIED CHICKENz,” MUCC and SOPHIA, many popular bands in total of 30(estimated) from within Japan and overseas will participate in this grand V-rock festival.
■Hosted by : V-ROCK FESTIVAL Event Committee / TV Asahi
Supported by : Nippon Broasting System / NACK5 / TV Saitama
Management Cooperation by : Kyodo Tokyo / Creativeman Production
Cooperation : FOOL’S MATE / SHOXX / V no Ryugi / SYNC MUSIC JAPAN /
Treasures / HEAVEN’S ROCK Saitama Shintoshin VJ-3 / Saitama Super Arena
Sponsored by : EDWIN / ESP
Produced by BACKSTAGE PROJECT
■Artist Lineup (in alphabetical order)
ALI PROJECT
BORN【3rd additional group】
BLACK VEIL BRIDES
DaizyStripper
D=OUT
Eins:Vier
girugamesh
Golden Bomber【3rd additional group】
HERO
LM.C
lynch.【3rd additional group】
Matenro Opera
MICHAELMONROE
MUCC
SOPHIA【3rd additional group】
SuG
Versailles【3rd additional group】
vistlip
ViViD
YELLOW FRIED CHICKENz
■Date: 10/23/2011(Sun)
■Time: OPEN 9:30 / START 11:00 / CLOSE 20:30(estimated)
■Venue: Saitama Super Arena
Chuo-ku, Shintoshin 8, Saitama City 330-0081 Saitama, JAPAN
TEL：048-600-3001
■Ticketing
Free-seating 12,000yen(tax in)+ 1 DRINK minimum (500 yen)
VIP reserved seat16,000yen(tax in/stand reserved/includes official pamphlet and 1 drink)
Advanced ticketing on official website:
7/19(Tue)18:00~8/6(Sat)23:00 (JST)
【Ticket Reservation (PC/mobile)】http://eplus.jp/vrock/
1000-yen discount on advanced ticket!
(Ex 1) Free-seating 12,000 yen→11,000yen(tax in) + 1 DRINK minimum (500 yen)
(Ex 2) VIP reserved seat 16,000 yen →15,000 yen
(tax in/stand reserved/includes official pamphlet and 1 drink)
Regular ticketing begins on 9/3(Sat)10:00~
Kyodo Tokyo / Ticket PIA / Lawson Ticket / e+ / CN Play Guide
■Inquiries
Kyodo Tokyo TEL: 0570-064-708
■Contact Information (for media matters)
V-ROCK FESTIVAL Event Committee
http://v-rockfes.com/