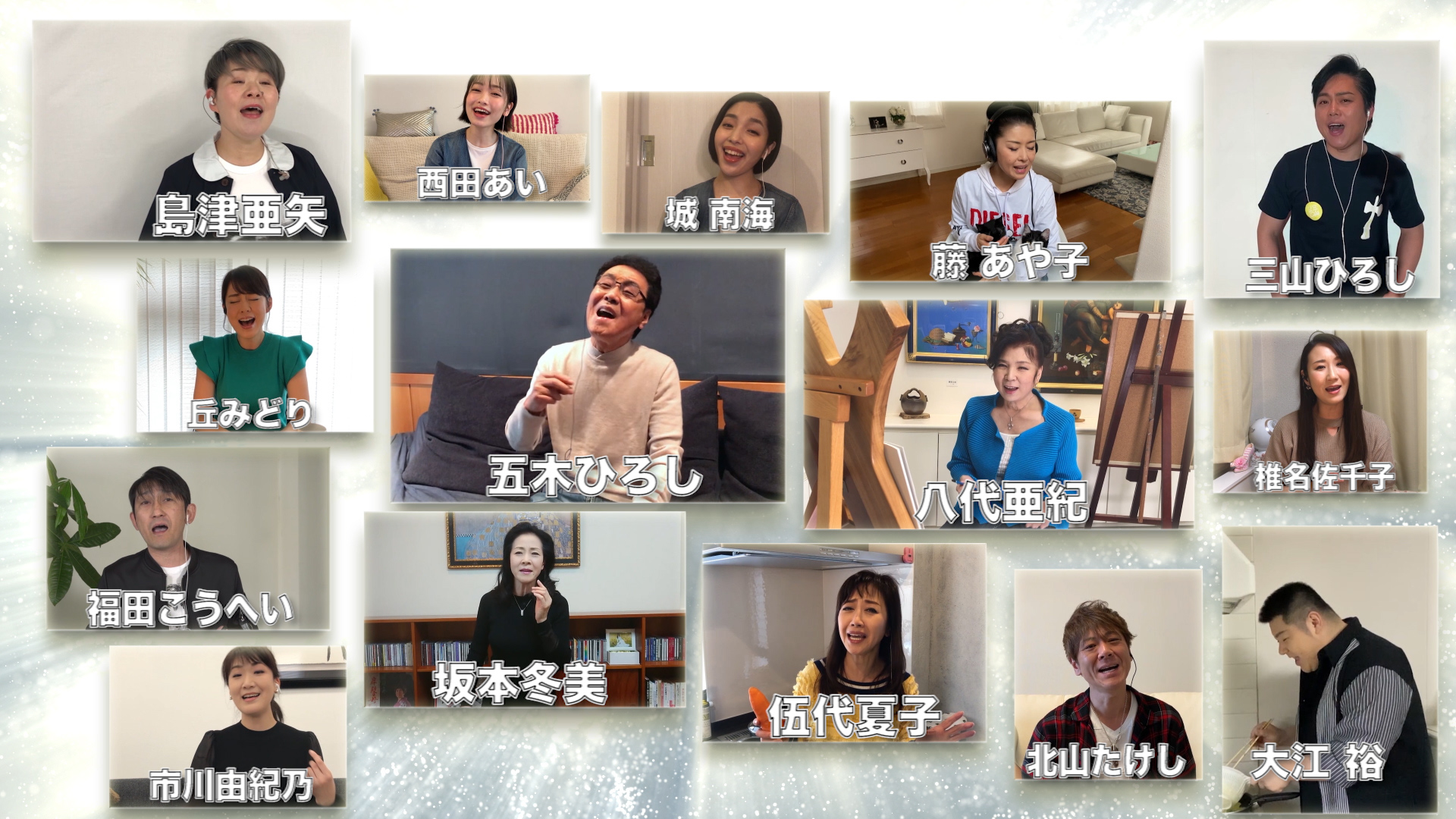 Aki Yashiro. Into her 50th year as an artist in 2020. A Diva who represents Japan and constantly presents her powerful vocals as she actively continues to perform. She starting releasing jazz albums in 2010. With a voice that overcomes the boundaries of genre, she has captivated many fans.

Yashiro participated in a project and the video created during the project has been released on her YouTube channel and on the websites of participating artists. This project is a volunteer project that aims to give courage and hope through the power of music with the hopes that people can look towards a bright future in the current situation where many are stuck in their homes, due to the new coronavirus, with no end in sight.

The participating artists not only recorded themselves at home singing Kyu Sakamoto’s everlasting hit song “Ue o Muite Aruko (上を向いて歩こう)”, they also recorded motivational comments which were compiled into 1 video to be broadcast to the world through social networking services. While this usually requires the necessary video/audio equipment and environment, this project takes on the concept of working from home with the artists filming themselves using their own mobile phones. Furthermore, solo versions (entire song) by each artist have also been released such that everyone can collaborate with any artist.

＜Video Content＞
In a “Stay home” environment, the video gives a peek into each artist/musician’s unique personalities and hobbies.

Hiroshi Itsuki calls out “I hope you will be able to gain even a little bit of positive energy. Please sing along with us!”.

It is a project filled with everyone’s thoughts, singing “Ue o Muite Aruko” together to encourage Japan.

With self-restraining from going out due to the coronavirus, Yashiro’s activities have also been affected with concerts postponed or cancelled, recordings and program recordings rescheduled. However, with the hope of bringing even a little encouragement to the world, Yashiro participated in Gen Hoshino’s #UchideOdorou (#うちで踊ろう ;Dancing at Home) project, becoming a hot topic. In addition, Yashiro’s newest single “Ashita ni Ikiru Ai no Uta (明日に生きる愛の歌)” also charted #1 on the Weekly Usen Hit Enka/Kayokyoku Ranking chart on 15 April. It has become the third consecutive release after “Daijobu (だいじょうぶ)” and “Watashi Uta (ワタシウタ)” to chart #1.

During this year which marks the 50th year into her career, Yashiro has been compelled to postpone and cancel concerts due to the coronavirus.

Even so, Yashiro’s voice and activities will without a doubt give people a gentle and warm push to move forward. 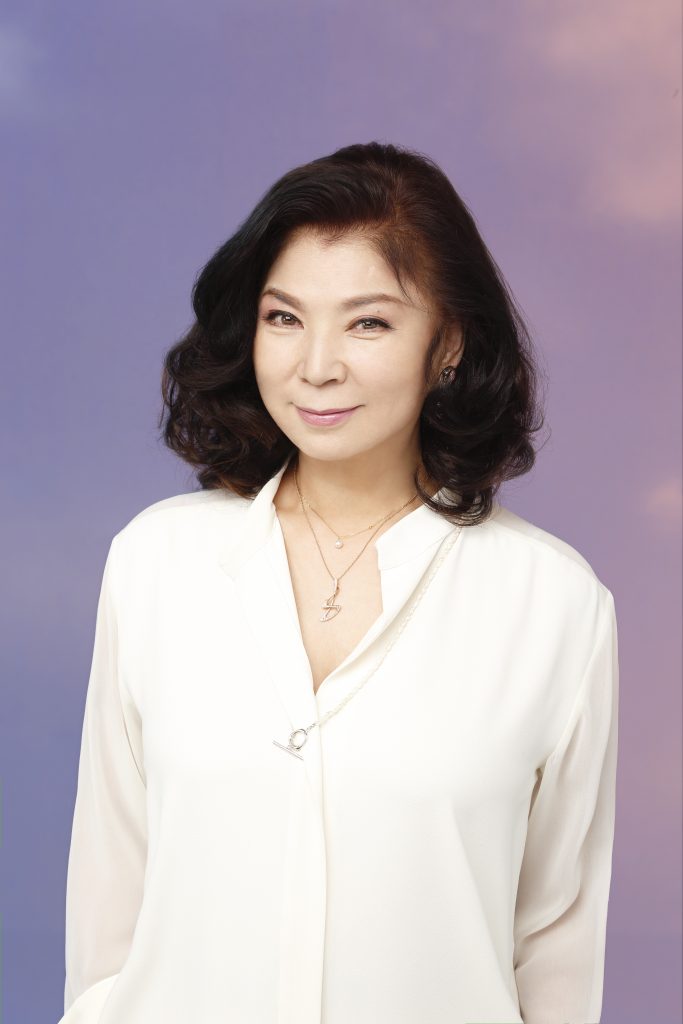 From the city of Yatsushiro in Kumamoto prefecture.
Debuting in 1971, she released her first album “Namida Koi (なみだ恋)” in 1973.
After which she released a number of hit songs including “Ai no Shuchakueki (愛の終着駅)”, “Mou Ichido Aitai (もう一度逢いたい”, “Onna Minatomachi (おんな港町)” and “Funauta (舟唄)”.
She won the Grand Prix at the 22nd Japan Record Award in 1980 with the single “Ame no Bojo (雨の慕情)”.
Into her 40th year, she was recognized for her accomplishments and awarded the Commissioner for Cultural Affairs Award in 2010.

Also an established painter, her work was chosen for exhibit at the world’s oldest art exhibition, France’s “Le Salon”, also known as a painter’s gateway, for 5 consecutive years and she became a permanent member.

In recent years, she has also expanded musically to other genres.

In 2012, she released the jazz album “Yoru no Album (夜のアルバム)” (under Universal Music). The album was the first Japanese album to be released digitally in 75 countries across the globe.

In March 2013, she held a concert at the established jazz club Birdland in New York.

In 2016, she was appointed the Japan-Mongolia Cultural Ambassador.

In June 2018, Yashiro made a guest appearance at the French Pop Queen Sylvie Vartan’s Japan concert.

In August, she was bestowed the Order of the Polar Star by Mongolia.

On 5 December, “Daijobu (だいじょうぶ)” was pre-released digitally with the physical CD (inclusive of a duet version with Anzen Manzai’s Miyazon) going on sale on 6 February 2019.