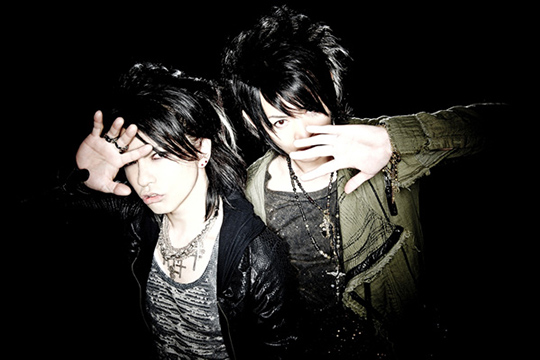 VAMPS / Way to World Debut in Hands with Live Nation 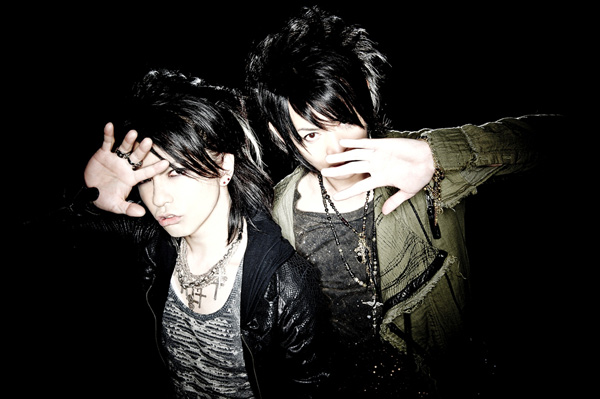 Universal Music and Delicious Deli Records are proud to announce a new international partnership with Japanese supergroup VAMPS. Having already released two best-selling albums in Japan and established a rapidly growing live following in Asia, Europe, North America and South America, 2013 promises to be the year that VAMPS become the biggest Japanese band in history and break out into the global market. VAMPS have also announced a new deal with Live Nation to further build their live profile around the world.

VAMPS are superstar singer-songwriter guitarists HYDE and K.A.Z. Their first two albums, ‘VAMPS’ and ‘BEAST’, though both were huge hits, were far from being either artists’ first success – HYDE as the lead singer and lyricist of multi-million selling Japanese rock band L’Arc-en-Ciel who has released a staggering twenty top 10 selling albums in Japan, including eight numbers ones, and sold over 30 million albums and singles to date. While K.A.Z has released several critically acclaimed albums as a member of Oblivion Dust. HYDE has also released four hugely successful solo albums, including the number ones ‘666’ in 2003 and ‘Faith’ in 2006.

HYDE and K.A.Z formed VAMPS after working together on HYDE’s ‘666’ and ‘FAITH’ albums. Now together as VAMPS, the duo have created a rock sound like no other that has delighted Japanese fans and is poised to take the rest of the world by storm. After their electrifying live shows in South America in 2010, their second album ‘BEAST’, reached number four in Chile’s sales charts in the same year. That’s the highest position EVER achieved by a Japanese act there.

The following questions were answered below by HYDE and K.A.Z
Q: What made you move to Universal Music?
A: As a group that is active both domestically and internationally, we thought that Universal Music can contribute to our success in both areas.
We are excited to see how this new collaboration with Universal Music will work out. (HYDE)
A: I would like to expand the range of our activities with these new partners to make things happen globally. (K.A.Z)

Q: Do you already have plans to perform internationally in the near future?
A: To perform around the world, like we do in Japan, is our goal. Therefore, I see this as an opportunity and will try to carve out a career for VAMPS. (HYDE)
A: I want people around the world to feel that the sound of VAMPS is their favorite music.(K.A.Z)
Q: What is your plan for 2013?
A: Write new songs and prepare for the next step. (K.A.Z)

Q: What do you want to give the world through music ?
A: Maybe something like teaching a whole different culture to a different group of people. (HYDE)

Universal Group International’s Global Marketing President Andrew Kronfeld said, “We are honored to welcome VAMPS to Universal Music. With their fantastic music and incredible live shows we’re really excited about building on their growing international audience and introducing them to new fans around the world.”

Showing his excitement, Frank Takeshita, managing director of Live Nation Japan, stated “We are very honored and excited to work with VAMPS as the first artist for Live Nation Japan to work on a worldwide tour. We are eager to show the world what an incredible live act VAMPS is.”

VAMPS’ first release through Universal Music will be a live DVD/Blu-ray featuring the stunning final show of last year’s 49 date tour at ZEPP Namba in Osaka, Japan. ” VAMPS LIVE 2012″ will be released [Japan] on April 24 while dates for the band’s upcoming world tour, including shows in Europe and North America, will be announced soon.