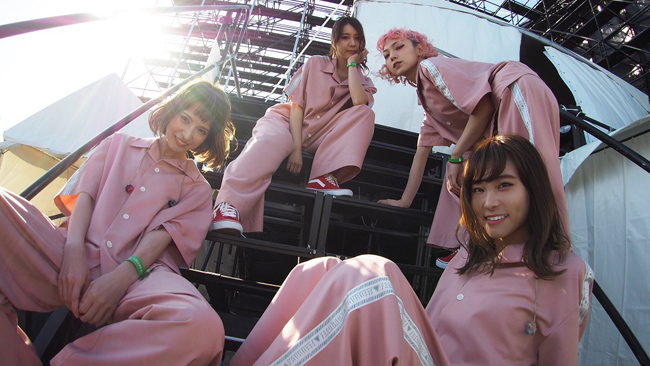 It’s been a while since SCANDAL released a single. Take Me Out was more than two and a half years ago. The time since has largely been taken up with their tenth anniversary celebrations and recording and touring their last album Honey. The release of double A-side single Masterpiece / Mabataki might be a welcome return for their fans, but it also marks an important milestone in their 13-year career. Aside from their early indie days, they’ve spent their entire major label career signed with Epic/Sony. These new tracks are the first release on their own personal label Her, an imprint of major record company Victor.

Masterpiece carries on where their last album, Honey, left off, embracing their garage rock roots. Kicking off with a beefy, Led Zeppelin-style riff, it bursts into the pacy, energetic, pop-rock that SCANDAL do so brilliantly. It’s a heavier sound than you might normally expect from them and Rina’s aggressive drumming adds some bite. The lyrics are something of a departure too, seeming to reflect on the band themselves, their journey so far and where they’re heading in the future as this new era begins for them.