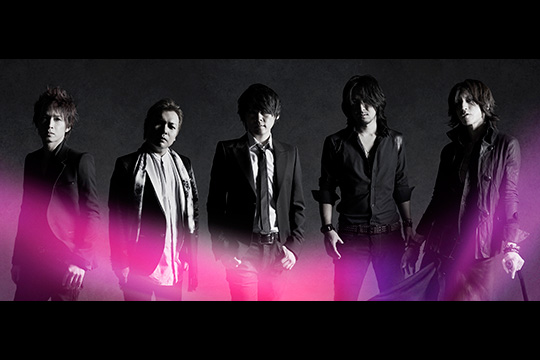 The pre-recorded movie of LUNA SEA concert, “Charity Live for Great East Japan Earthquake Relief”, will be screened around the world!

It has been confirmed that LUNA SEA’s pre-recorded movie of their live performance at Charity Live for Great East Japan Earthquake Relief “LUNA SEA For JAPAN A Promise to The Brave 2012 in Sendai” at Sendai Sun Plaza Hall which was held on December 24, 2012 will be screened world wide.

The charity live was a continuation of charity performance at Saitama Super Area in October, 2011. This time LUNA SEA members got together again in Sendai on Christmas Eve, a very special day in a year, to convey their heartfelt messages to their fans: “Thank you for supporting us for all the years and now, let us pay you back!” and “ Let’s walk to the future together until all the pain and sorrow will be healed.”

This charity live was live broadcasted to the movie theaters in Japan, Hong Kong and Taiwan, however, fans in the other countries had desired the live viewing in their home countries, and now, the screening is finally confirmed!

Title: LUNA SEA For JAPAN A Promise to The Brave 2012 in Sendai LIVE VIEWING
Date: From Wednesday, June 3rd, 2013
Participating Countries: France (Paris), USA (Los Angels), and more
*The additional participating countries will be announced shortly. The screening date will be different for each country.
Please check the details on the LIVE VIEWING JAPAN Official HP:
http://www.liveviewing.jp/lunasea/