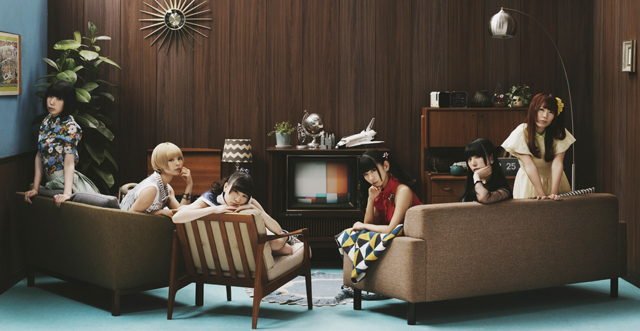 Dempagumi.inc is a Japanese idol group, composed of
six girls, Mirin Furukawa, Risa Aizawa, Nemu Yumemi, Eimi Naruse, Moga Mogami
and Ayane Fujisaki. They belong to “DEARSTAGE” and are active in various fields. All the members are originally
hard core geeks / otakus of anime, manga, games, fashion, art, etc. and they
each pursue their own hobbies! The group performed at Tokyo Collection and has
collaborated with leading fashion creators including Mikio Sakabe.They attract
attention overseas as well and have performed at fashion events in Taipei and
Jakarta. They appeared on the stage of JAPAN EXPO in 2013 as Japanese
representatives. In 2014, the group was appointed to PR Ambassadors of “Culture City of East Asia 2014, Yokohama.”
They belong to a new record label, MEME TOKYO, produced by TOY’S FACTORY. The catchphrase of their CD single “W.W.D /Fuyu e to Hashiridasuo!,” “Don’t mess with us though we start from negative territory!” got public attention and on May 6th, 2013, they successfully
performed a solo concert before an audience of 10,000 fans at the prestigious
Nippon Budokan Hall in Tokyo. They will hold a solo concert on February 10th
and 11th, 2015, at Yoyogi National Stadium First Gymnasium. The group has come
under the spotlight recently!
Official Website: http://dempagumi.dearstage.com/
Twitter: http://twitter.com/dempagumi
Facebook: http://www.facebook.com/dempagumi.inc