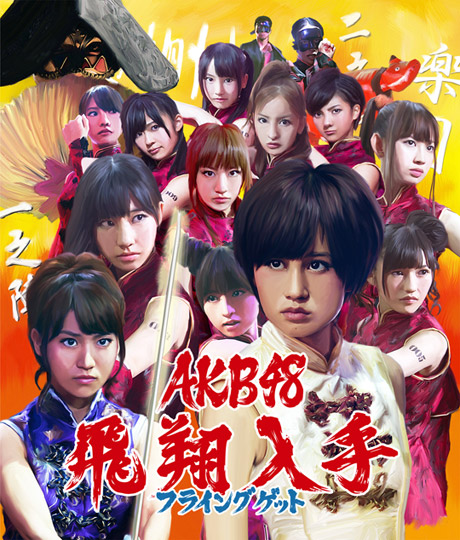 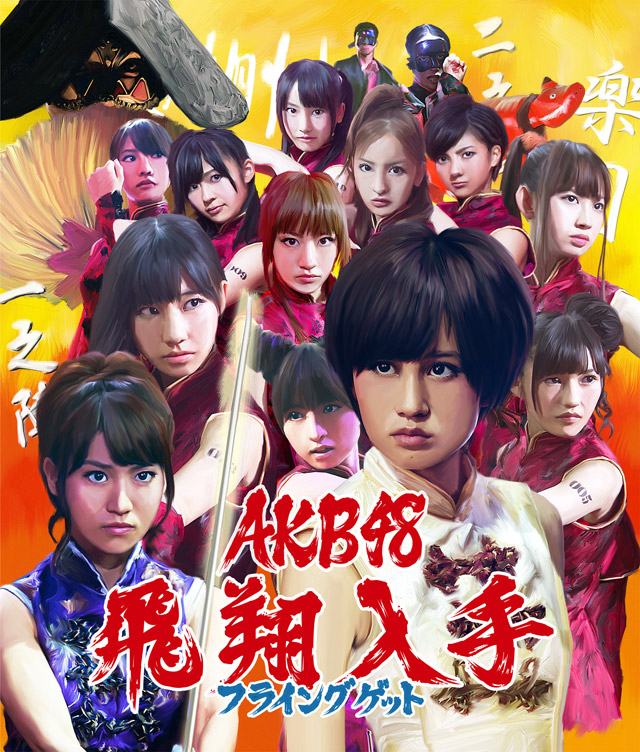 © AKS/KING RECORDS
AKB48 is releasing their 22nd (24th work in total) single “Flying Get” on 8/24 which is now available for sampling on their Myspace profile.
“Flying Get” is sung by the 21 members who made through the 3rd Election of AKB48 Members Selection and is the theme song for a Fuji TV drama “Hanazakari no Kimitachi e ~Ikemen☆Paradise 2011” in which Maeda Atsuko plays the main actress. This single also includes the commercial song for PEACH JOHN’s ‘Heart Bra,’ which Oshima Yuko, Kojima Haruna and Kasai Tomomi participated in the commercial for, attracting much attention from viewers. The single title song is the ‘Apaman48 Campaign Song’ and also the commercial song for ‘Hikari TV NTT Plala.’
On RecoChoku, Chaku Uta(R) DL of this new single began on 8/3(Wed) and ranked #1 on the daily chart. Its Chaku Uta Full(R) also began service on 8/17(Wed) and ranked #1 on the daily chart as well.
Official website : http://www.akb48.co.jp