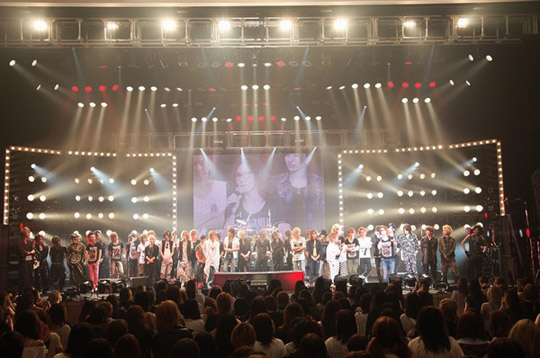 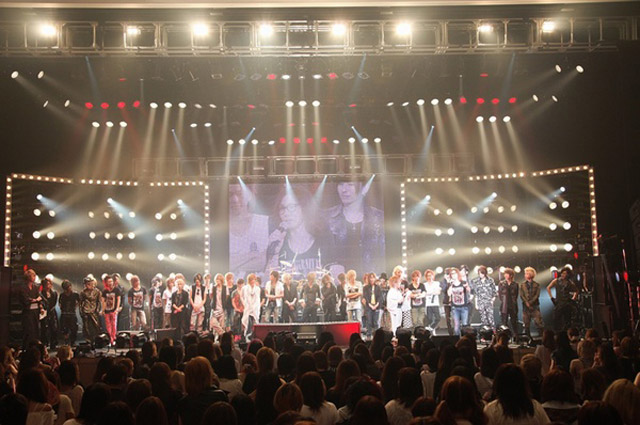 Visual bands gathered together to invade CC Lemon Hall in Shibuya for 7 days this summer!!!
Presented by PS COMPANY, a management company of various visual rock bands, “PEACE AND SMILE CARNIVAL 7DAY” was held for 7 consecutive days from 8/11 to 8/17 at CC Lemon Hall in Shibuya with a grand finale on 8/17. During this event, the performances and sessions by PS COMPANY’s 8 bands contentinued on as for a real carnival. On the first day, Kra’s Keiyuu and D=out’s Ko-ki made the announcement of kickoff and started the event as they revealed the GazettE was to play the opening act. the GazettE’s Aoi also participated in a session named “aoi with bon:cra-z” and performed a cover of his deeply respected artist, hide. RUKI also led a session band “LU/V” and performed a cover of LUNA SEA. The aspiring young bands did covers of the GazettE and THE TOKYO HIGH BLACK, with their return after a 1-year break, presented ‘wanna see u,’ their recent release on dwango which ranked #1. The event was filled with energy and passion and successfully drew the curtains with the finale on 8/17.
Official website : http://www.pscompany.co.jp