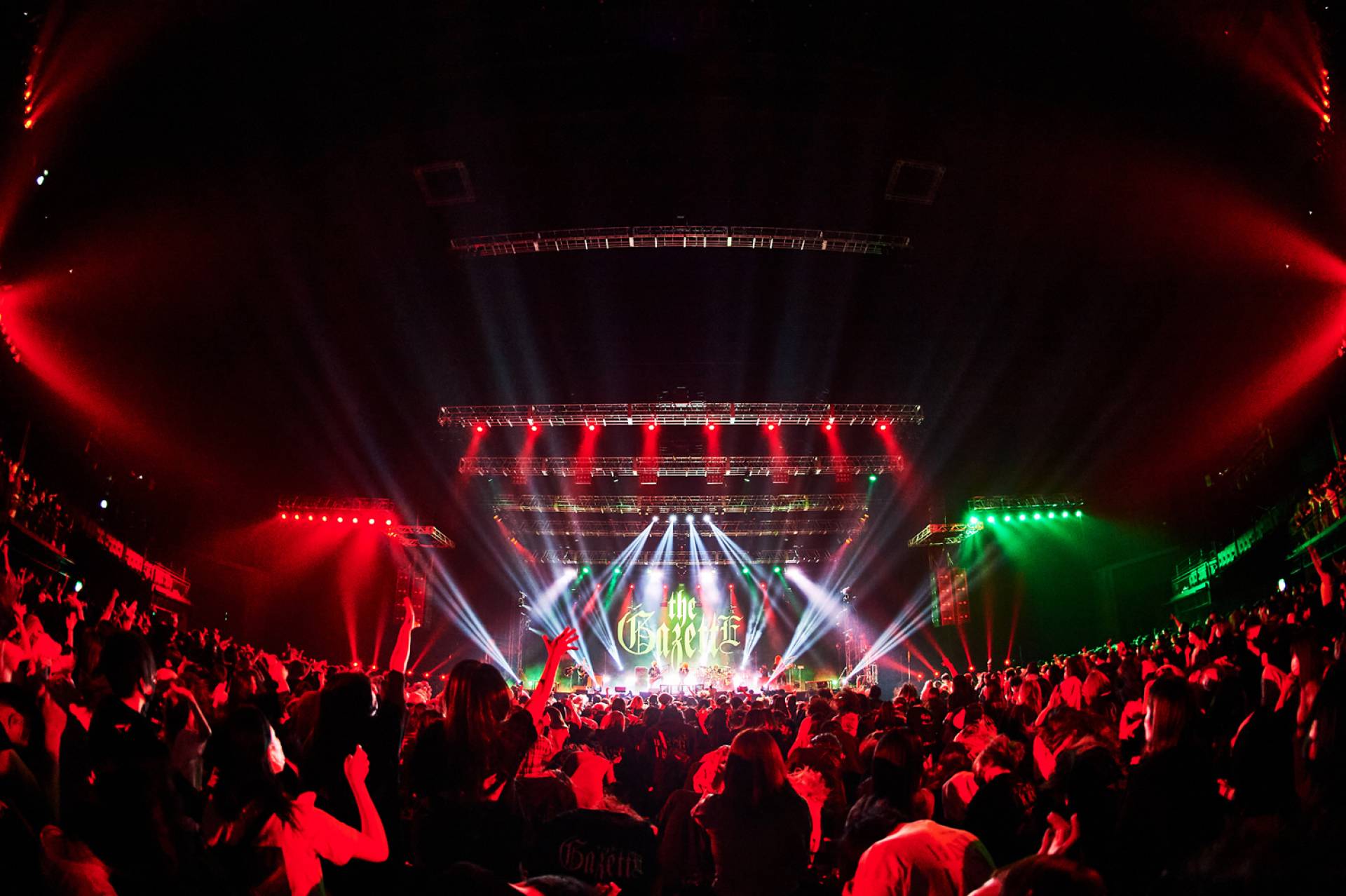 the GazettE gave fans the best Christmas present they could have imagined with their long-awaited show at Tokyo Garden Theater.

After the GazettE‘s “18TH ANNIVERSARY DAY/6576” concert, which was scheduled for March 10th, 2020, had to be canceled due to the outbreak of the coronavirus pandemic, there were only three dates when fans had the chance to see the band live on stage in 2021. These shows were titled “LIVE 2021 -DEMONSTRATION EXPERIMENT- BLINDING HOPE”, with one taking place in Nagoya in September, one in Osaka in October and the final in Tokyo was planned to take place at Tokyo Garden Theater on November 1st. Sadly, the latter had to be postponed suddenly, right on the day of the event, as vocalist Ruki was in poor health. However, on December 23rd, the time had finally come to celebrate in Tokyo and all of the fans in attendance got the best Christmas present they could have imagined.

Tokyo Garden Theater, located in Tokyo’s bay area, is a huge concert hall with balconies on three floors and it can welcome up to 8,000 spectators. On the ground floor in front of the stage as well as on the balconies were seats waiting for fans of the GazettE, and almost all of them were occupied before the beginning of the show.