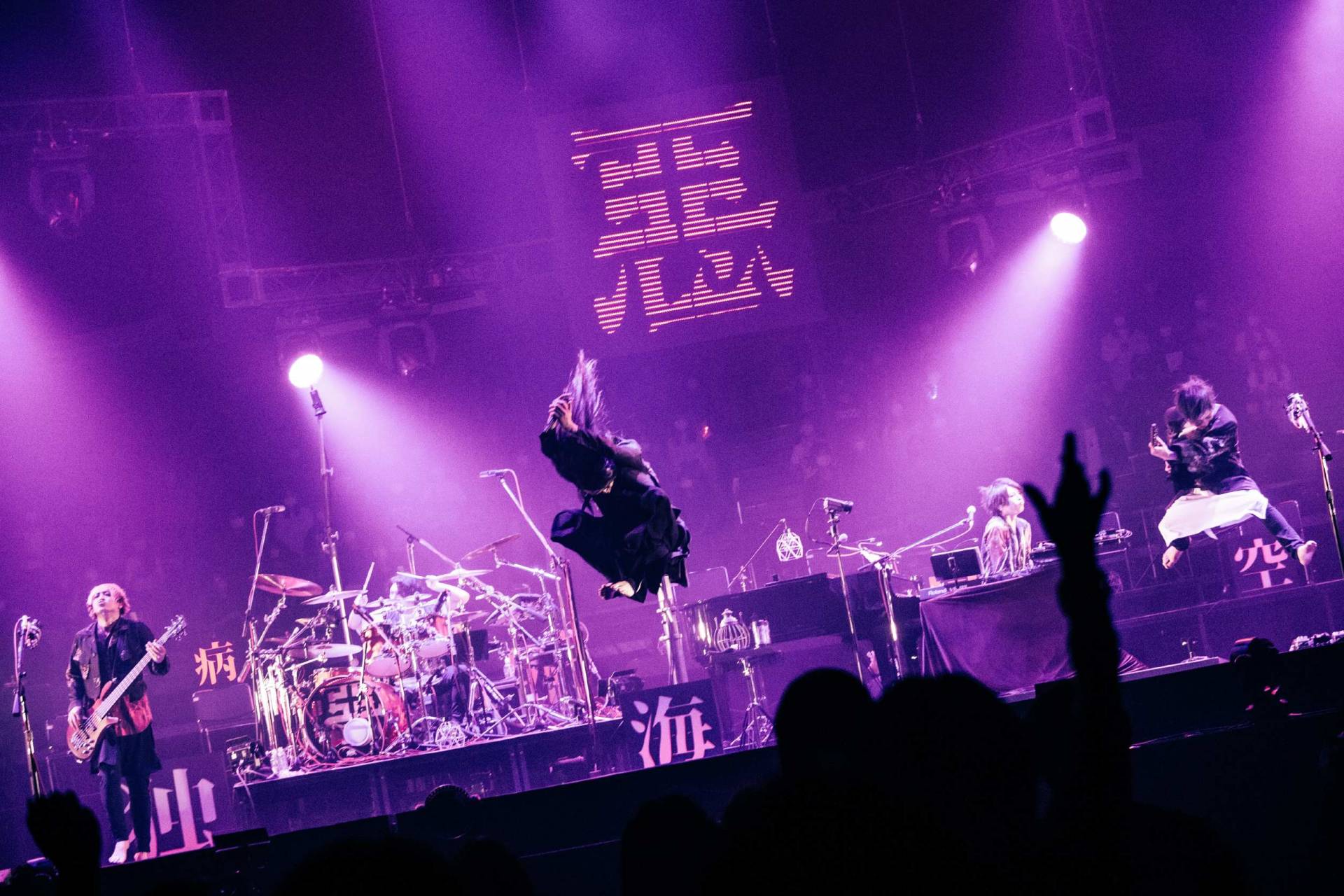 2020 was a tough year in many ways, but unlike other bands, MUCC was very active on social media since last February, with live streamed no-audience concerts, talk shows and more. After playing without crowds for almost a year, the live event Aku-The brightness world, held at a half-capacity Nippon Budokan on December 27th, let MUCC shine like they hadn’t shone in almost a year.

As a measure to combat the spread of COVID-19, there were empty seats placed between the concertgoers, some of whom were even sitting behind the stage. Many attendees had luminous LED tambourines they had purchased in their hands. Although the show’s set list didn’t feature quite so many old songs as September’s “Aku-THE BROKEN RESUSCITATION”, its length – it was almost three-and-a-half hours long – and some rather extensive MCs from MUCC made up for it.