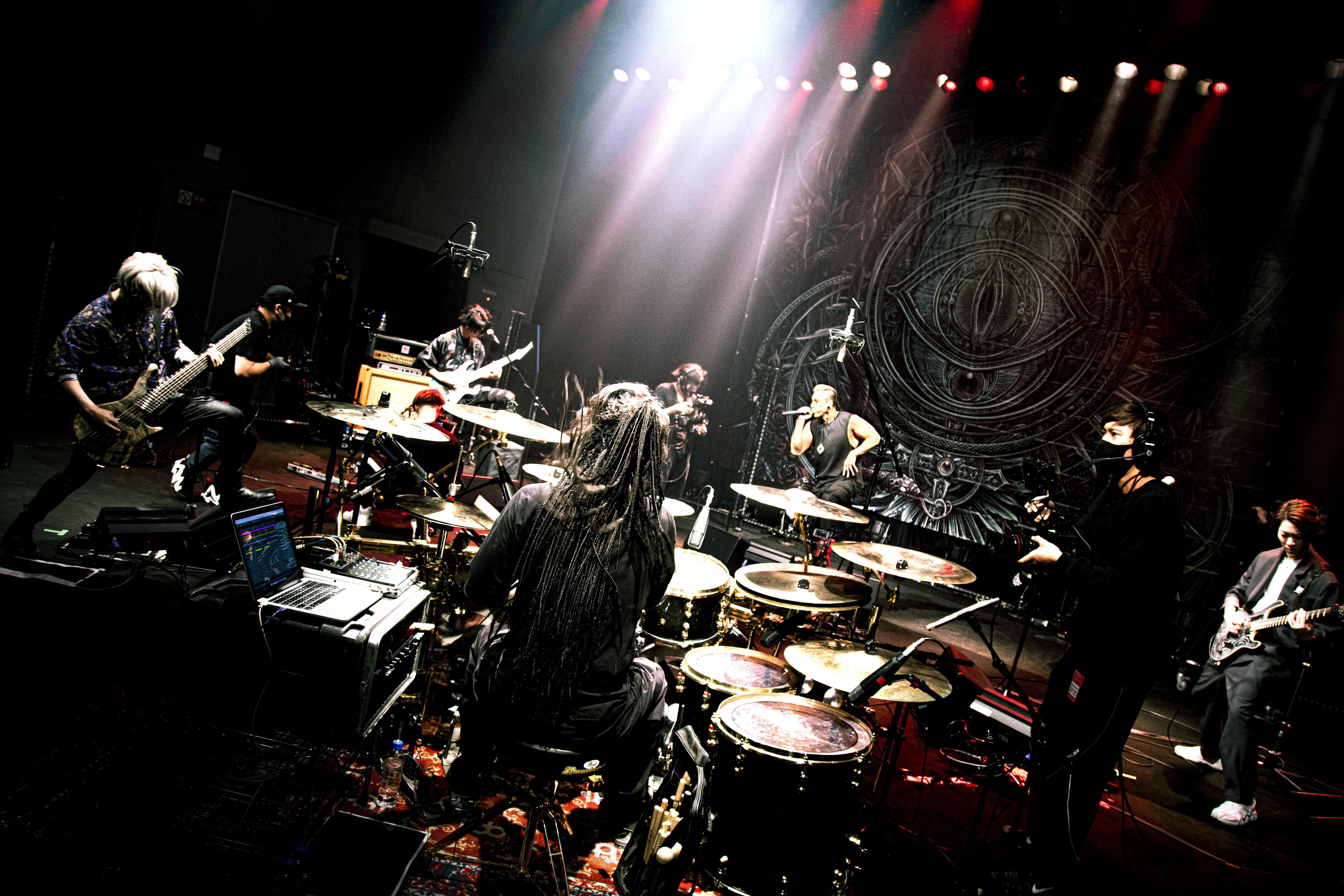 Following the addition of 2 new members in October, NOCTURNAL BLOODLUST has started to move forward dynamically.
The band had previously announced that it would release the first mini-album to feature its new member lineup, “The Wasteland”, set to be released on December 16, and that it would hold its first-ever online concert. Details regarding its concert livestream have finally been revealed.

Long-awaited, this concert livestream will be the first concert by the new NOCTURNAL BLOODLUST with its new member lineup.
There’s no doubt we can look forward to the band performing not only the 3 digital singles that were released this year, but also tracks from its new mini-album which will be released in December.
Having added two highly-skilled guitarists into its ranks, just what kind of performance will the band show us?
In addition, how will sound from this band, which has an established reputation for its high performance ability, be heard through live streaming?
Just by thinking from various perspectives, expectations continue to rise.
In addition, a talk session program featuring all the members will also be streamed live (only on Niconico Live) after the end of the concert livestream.
A rare opportunity to hear the voices of the band members since the formation of its new member lineup. Please do look forward to the talk program as well.

NOCTURNAL BLOODLUST is also set to release the mini-album “The Wasteland” on December 16 just before the concert livestream.
Furthermore, it will also hold a “with-audience concert” in February 2021. Further details will be announced soon.
Let’s keep an eye out for the band’s future activities through its official website and social media accounts.

NOCTURNAL BLOODLUST’s new member lineup that has finally been revealed. Don’t miss the band’s future development set to come with the force of raging waves.

【Precautions】
・The broadcast can only be viewed on 1 terminal belonging to the ticket holder.
・Please note that you will not be able to restart the livestream from the beginning if you start watching in the middle of this concert livestream. (Please watch the parts of the concert you missed from the archives.)
・Please ensure that you have a stable internet connection as a large amount of internet data is expected to be necessary to view the livestream.
・Depending on your internet connection, the audio and video may become out of sync or the livestream may stop temporarily.
・The live streamed video (audio included) is protected by various laws and regulations including the Copyright Law. All rights belong to the organizer.
Regardless of whether for commercial or personal use, photography, filming, recording (both audio and video) and any advertising of the live streamed video is prohibited.

The band is set to hold a with-audience concert in February 2021.
Further details will be announced on the official website.