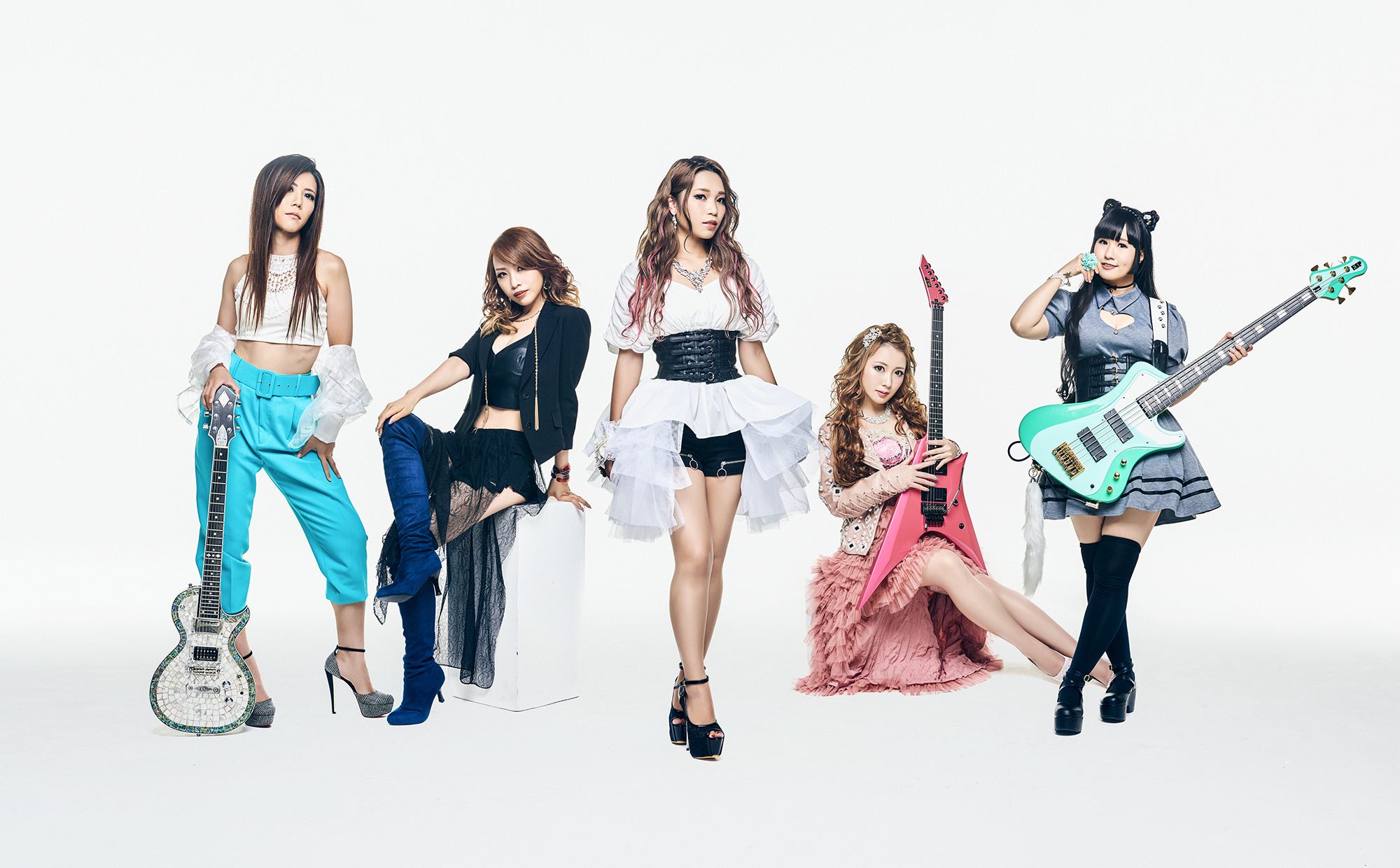 Aldious, the pioneer of Japanese female heavy metal bands, will appear on the world’s largest trade-only event, “NAMM SHOW”, which will be held in January 17th, 2020 in Anaheim, California, US, which also will be their very first performance in the states.

Aldious is a female metal band which was formed in 2008. With their bewitching and magnificent visual, plus, their skillful performance with traditional metal sound, even in Japanese metal world, they are well-known as an outstanding band. In 2016, they took part in “LOUD PARK 16”, the largest metal festival in Japan and also appeared on “VISUAL JAPAN SUMMIT 2016”, the largest V-kei festival which was held mainly by X JAPAN YOSHIKI and others. In 2017, after releasing their fifth album, “Radiant A”, they made their first-time album release in England and EU. At the same time, they also participated in “Summer Sonic Shanghai 2017” which was held in Shanghai, China, which also was their very first oversea performance. They continue their performance not only in Japan, but also in the whole wide world.

“NAMM SHOW” which is held twice a year, is the premium event, only instrument dealers, makers, artists and press who were invited, are able to attend. It holds 120-year-old history and is also known as the center of world-wide music lovers since it has been attended by 120 thousand people from over 140 countries. It is also an event, that gets high attention, on where world-wide stars like Tommy Lee (Mötley Crüe), Gilby Clarke (ex. Guns N’ Roses), Dave Mustaine (MEGADETH), Brad Whitford (Aerosmith), John Petrucci (Dream Theater) etc., appeared.

While performing in Japan, Aldious also constantly gets invited from overseas. The world’s attention is on these girls and with their new vocalist, they are so ready to begin their journey to the world.

About Aldious
Aldious (Japanese: アルディアス Hepburn: Arudiasu) is a Japanese all-female power metal band from Osaka, formed in 2008 by guitarist Yoshi and vocalist Rami. After a few member changes, they released their debut EP Dear Slave the following year and soon after formed their own record label, Bright Star Records. Their first album Deep Exceed (2010) reached the top 15 on the Oricon chart, as did their second Determination (2011). Rami was leaving the group in June 2012 and new vocalist Re:NO joined Aldious just one month later. They produced their third album District Zero in 2013 and it became their highest-charting release to date, reaching number 7.
and new Drummer Marina joined.their fifth Radiant A was released in December 2015. The latter was their first album on the VAA (Village Again Association) record label and their first released in Europe. After one more album, Unlimited Diffusion (2017), Re:NO left the band at the end of 2018 and was replaced by R!N in August 2019. Aldious have been labelled pioneers of the Girls Metal Band Boom that began in Japan in the 2010s. 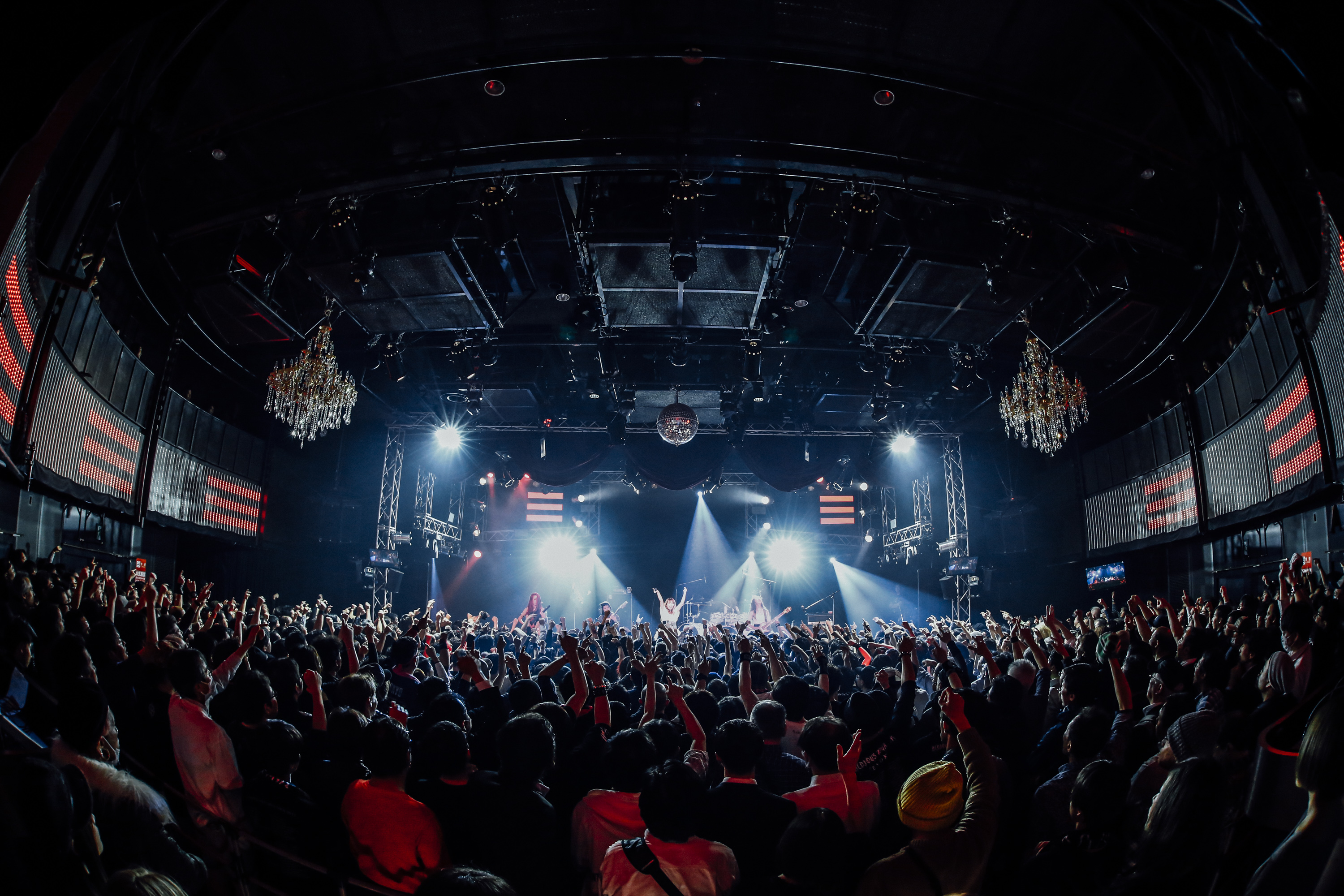 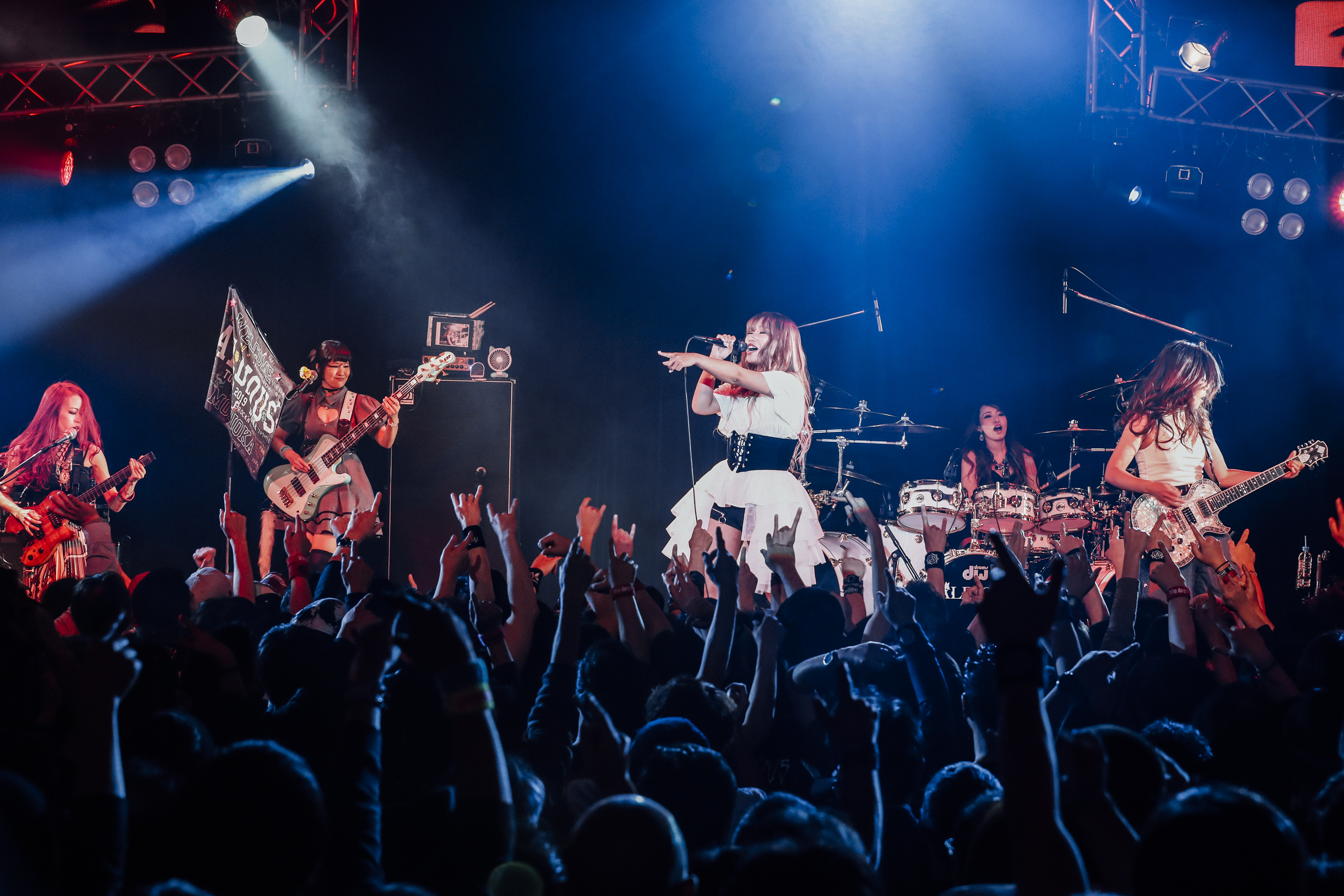 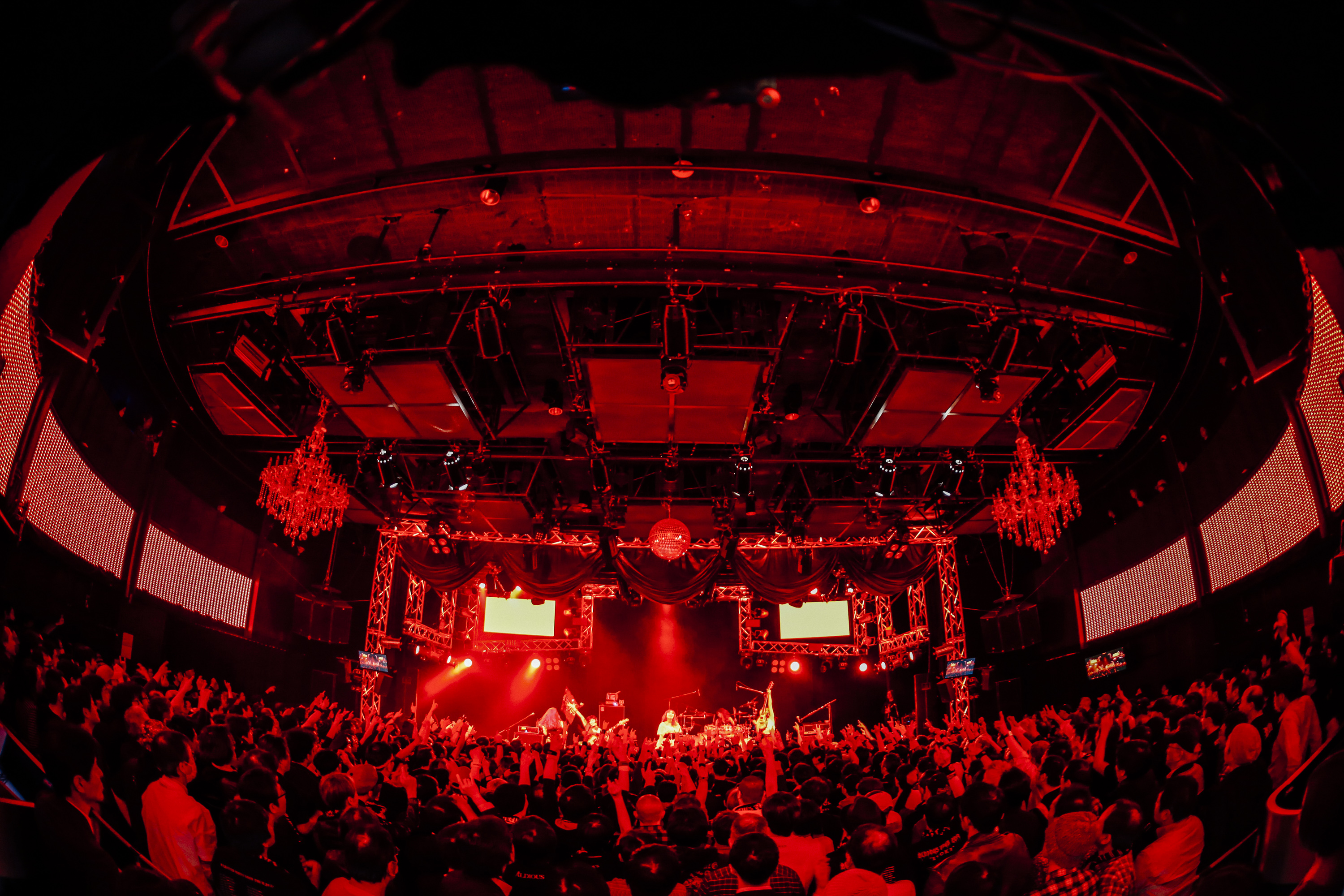 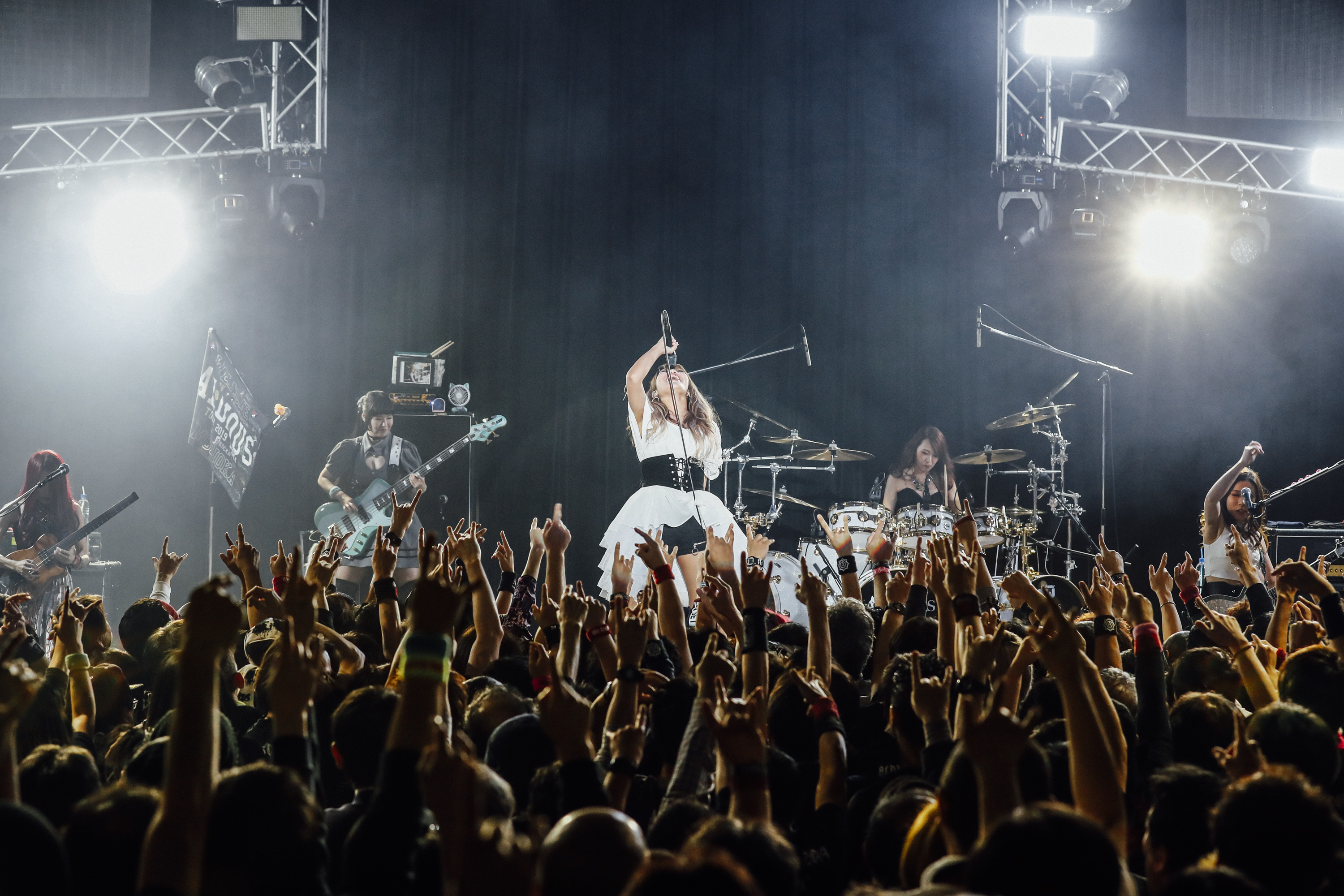