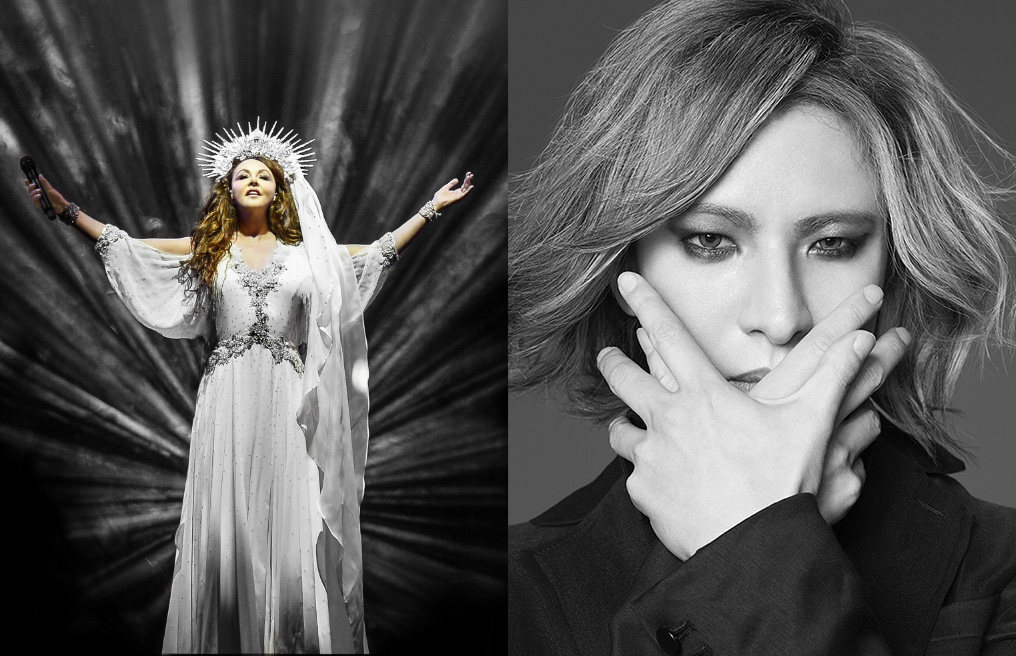 Sarah Brightman has invited internationally acclaimed composer YOSHIKI to perform on the stage of London’s famed Royal Albert Hall on November 11, 2019, for the final concert of her HYMN World Tour.

“Miracle (Sarah’s Version)” – composed by YOSHIKI and performed by Brightman with YOSHIKI on piano – reached the Top 10 on iTunes Classical Charts in 15 countries. Brightman has called the song “the number 1 masterpiece on the album”.

YOSHIKI will return to the UK for the first time since his band X JAPAN headlined Wembley Arena in 2017. The soundtrack to the award-winning X JAPAN documentary We Are X reached the #1 position on the UK Rock Chart. YOSHIKI brought his solo Yoshiki Classical concert to London in 2014 and gave a live performance of Queen’s “Bohemian Rhapsody” at the UK’s Classic Rock Awards in 2015. YOSHIKI previously collaborated on the single “Foreign Sand” with Queen drummer Roger Taylor.

In March 2019, PBS premiered a one-hour version of “YOSHIKI – Live at Carnegie Hall” on WNET Thirteen, the nation’s #1 public television station, with additional U.S. markets to be announced soon.

In addition, YOSHIKI’s 6th Anniversary Premium Dinner Shows have sold out, with ticket applications soaring to as high as 260 times the number of available seats.

A record 12 shows in 7 days were scheduled this summer in an effort to meet the intense demand for one of Japan’s most prestigious concert events, which have increased in number and scale every year since they began six years ago.

The exclusive concerts at the Grand Hyatt Tokyo Ballroom feature YOSHIKI on piano playing X JAPAN’s renowned songs and his popular compositions such as the theme for the Golden Globes and “Anniversary”, composed for the 10th year of the Emperor of Japan’s reign. YOSHIKI has also announced that he will premiere a new composition at the event.

Tickets sell out immediately each year, and an unprecedented number of applications was submitted through the Yoshiki Mobile fan club, Yoshiki Channel, and YOSHIKI’s exclusive Visa and Mastercard.

YOSHIKI and X JAPAN have headlined internationally famous large venues such as Madison Square Garden, Carnegie Hall, and Wembley Arena, as well as selling out Japan’s Tokyo Dome 18 times. The elegant dinner events are a once-in-a-lifetime opportunity for fans to see the celebrated artist, and visitors from overseas are increasing year by year because of YOSHIKI’s active role on the world stage.

Competition for the chance to experience this year’s shows led to fans bidding for resale tickets at multiple times the original price, and YOSHIKI made news in Japan by publicly criticizing those who were seeking to take advantage of his fans.

The event also features YOSHIKI’s fashion brand YOSHIKIMONO, his popular line of kimonos which has opened Tokyo Fashion Week, and a charity auction including his personal items and concert outfits for his non-profit 501(c)(3) Yoshiki Foundation America. Last year’s auction raised 69 million yen for the foundation’s work towards disaster relief and music education. Yoshiki also donated $100,000 to Hurricane Harvey victims in the U.S. through the Recording Academy’s MusiCares.

“I usually don’t like summer because I’m a nocturnal creature who dislikes the sun and heat,” said YOSHIKI. “But ever since I started this show several years ago, I started to look forward to this season. I’m truly grateful to all my fans who support me. I wish I could have adjusted my schedule to make room for more than 12 shows, but this is the best I can do at this time. I’m looking forward to seeing you all.”