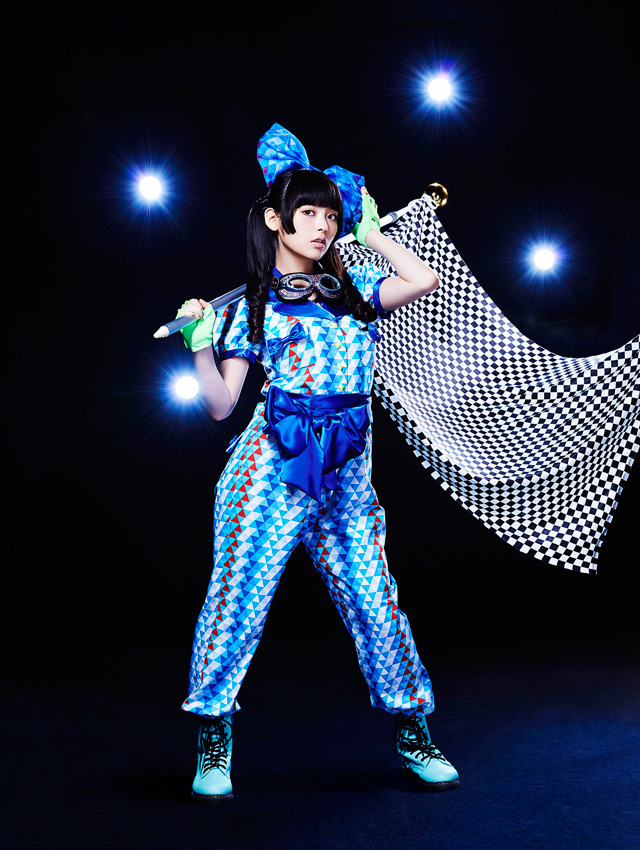 Sumire Uesaka is a voice actress, who was born in Kanagawa in 1991, the year Soviet Union took a fall.She made her official debut as a voice actress in 2012 .Upon her debut as the role of Sora Takanashi from a TV anime “Papa no Iukoto wo Kikinasai!” which started in 1/2012, she rapidly gained attention and recognition. She was also chosen for the role of Sanae Dekomori from a TV anime “Chuunibyou Demo Koi ga Shitai!”, followed by other hit roles in “Idol Master Cinderella Girls” and “Kan Kore Kantai Collection”.
Uesaka has been chosen as the role of Sumida-san for a TV amine “Namiuchigiwa no Muromi-san”, which started in April 2013. She sang the opening theme song ‘Nanatsu no Umi yori Kimi no Umi’, which was also her debut single title song that ranked 13th on the Oricon Weekly Chart.
In February 2016, she had 2 day-performance at Nakano Sun Plaza. Her unique stage performance includes stuffed animal mosh or giving away a part of her costume.
Official Website: http://www.starchild.co.jp/artist/uesakasumire/
Official Blog: http://ameblo.jp/sumire-uesaka/
Twitter: http://twitter.com/Uesakasumire