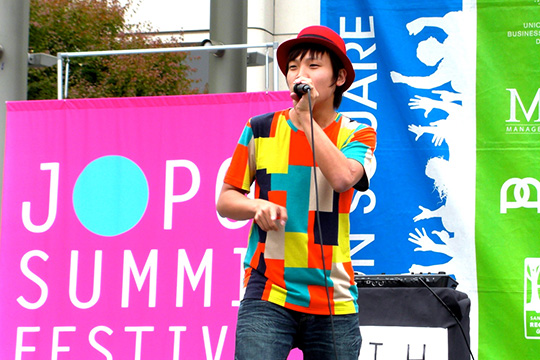 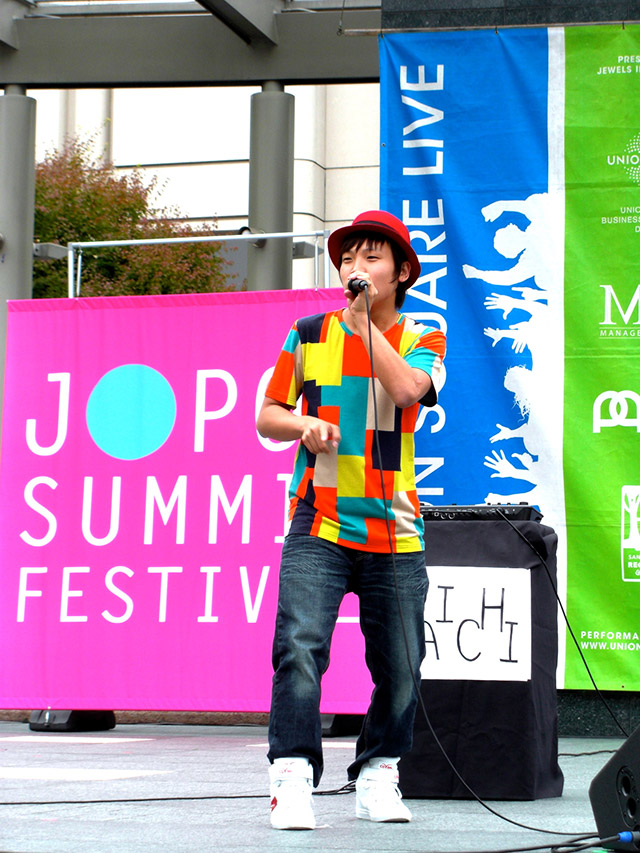 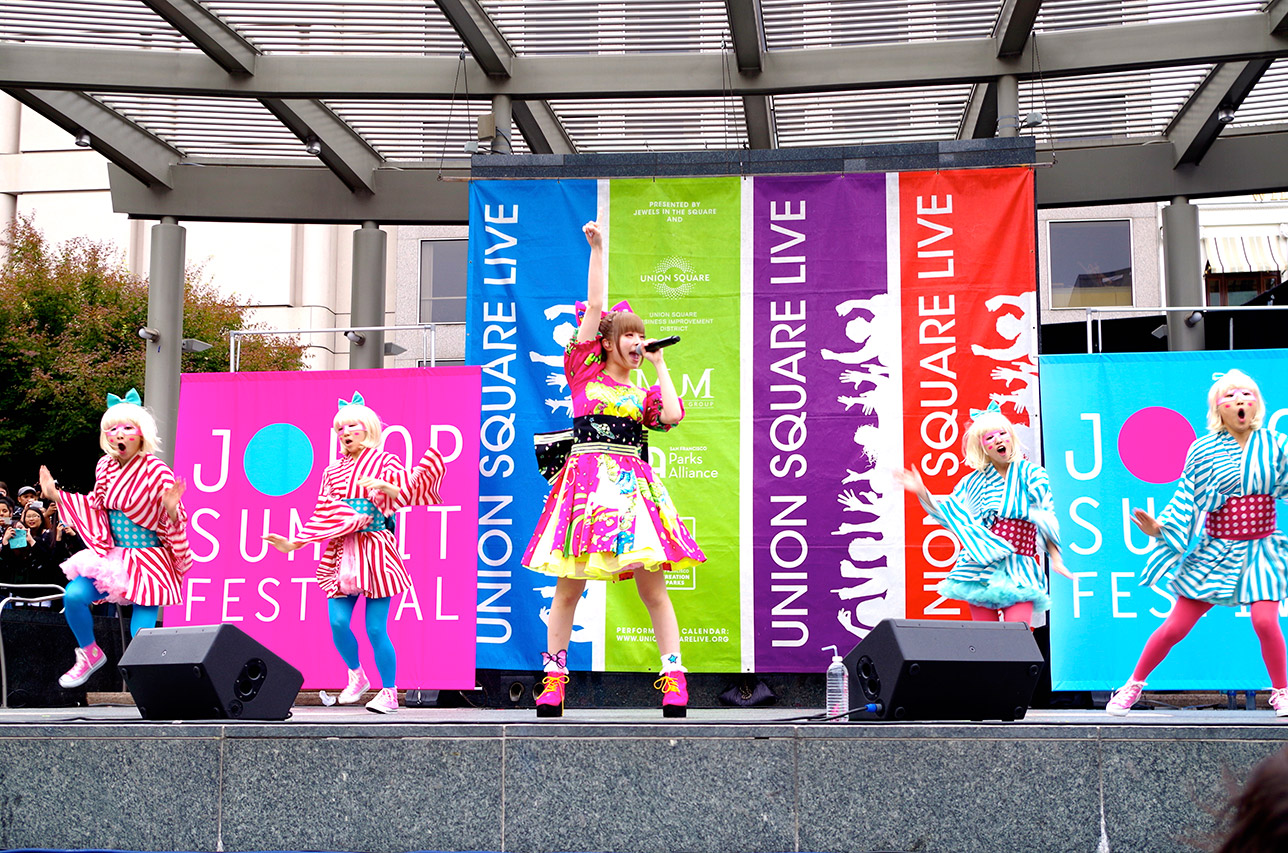 The 5th J-POP SUMMIT FESTIVAL was held on July 27th and 28th in San Francisco , USA. This cultural street festival is focused on introducing Japanese pop culture, and is produced by NEW PEOPLE , INC, based in San Francisco, promoting Japanese pop culture. The festival has been drawing drastically increasing number of people with its variety of attractions such as anime, film, art, music fashion, game and foods. This year it drew huge crowd of 80,000 people. ( 65,000 people in 2012).

Harajuku Kawaii!! Pop Up Store Opened!!
People Lined up from Early Morning, Causing Entrance Restriction for Some Shops. One of the main attractions of this year’s festival is “Harajuku Kawaii” represented by pop artists including Kyary Pamyu Pamyu, based on the concept of “Let’s make Kawaii a universal word!”. The Outdoor Main Stage featured the first “Harajuku Kawaii!” performance, driving the audience crazy. Also, Harajuku Kawaii!! Pop UP Store opened in NEW PEOPLE building, the only Japanese pop culture promotion building in the world, and also the main site of the indoor performances. So many fans lined up early morning even before the opening, causing entrance restriction. Harajuku Kawaii!! Pop Up Store Opening Event featured artists such as Kyary Pamyu Pamyu and Daichi, the art director, Sebastian Masuda, and Harajuku Kawaii models. They cut the ribbon at the ceremony in front of a lot of US media as well as Japanese media, showing the high expectation for the event. 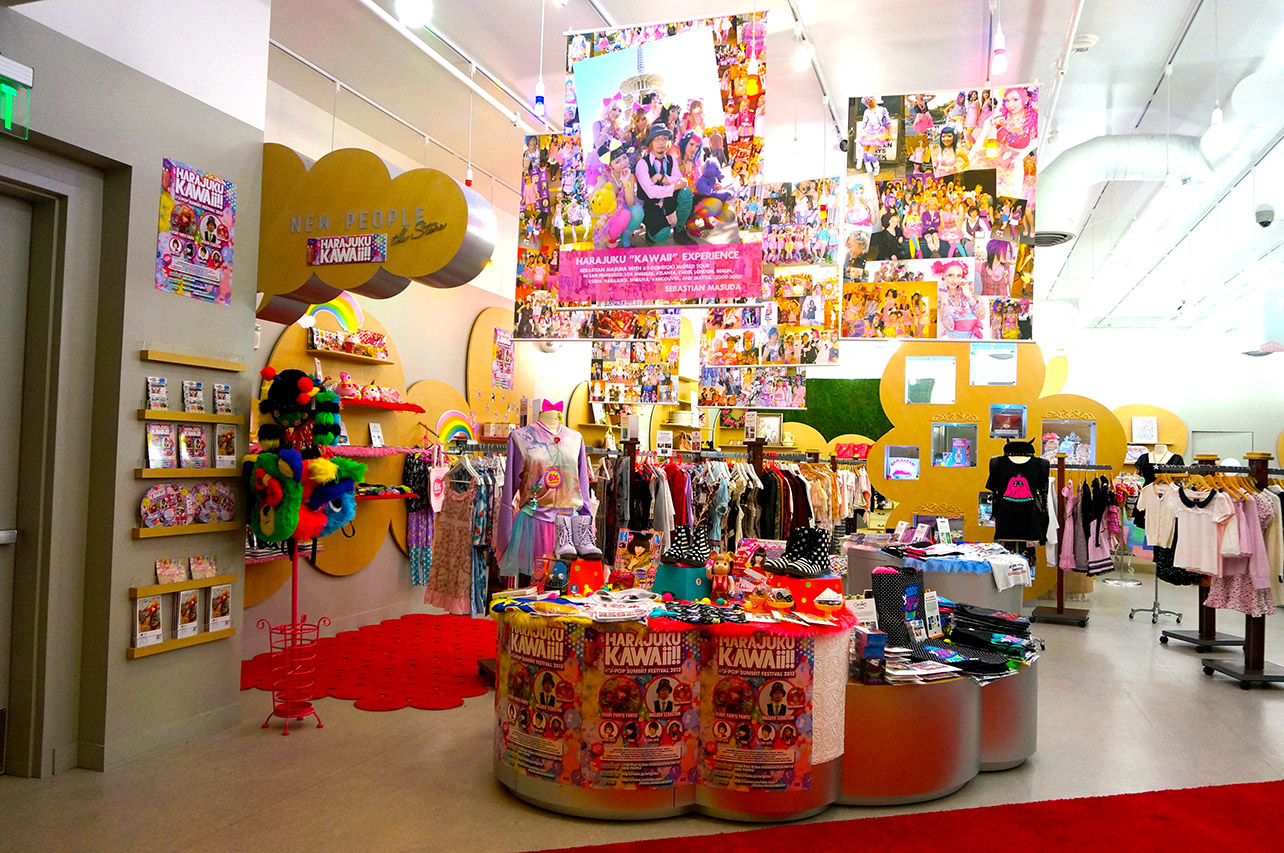 J-POP LIVE @ Union Square Featured Japanese Artists Actively Performing Overseas. One of the new programs of the year was J-POP LIVE@Union Square, one of the most famous tourist attractions. Fans gathered at Union Square since early morning. Kyary Pamyu Pamyu and Daichi, who have followers overseas entertained the fans, and their long-awaited performances fully met the fan’s expectation.

Main Attractions Shifted to Music, Fashion, Film and Art.
The official beverage of the festival this year is USA Takara Holding Company’s “JPOP” named after J POP SUMMIT FESTIVAL. A human beat boxer, Daichi, performed as “JPOP ambassador”. He did a surprise performance in front of JPOP promotion booth and his performance created such a big crowd that even blocked the passage, contributing to the promotion. He also made 10,000 audience dance at J-POP LIVE@Union Square, making a successful international music festival debut. 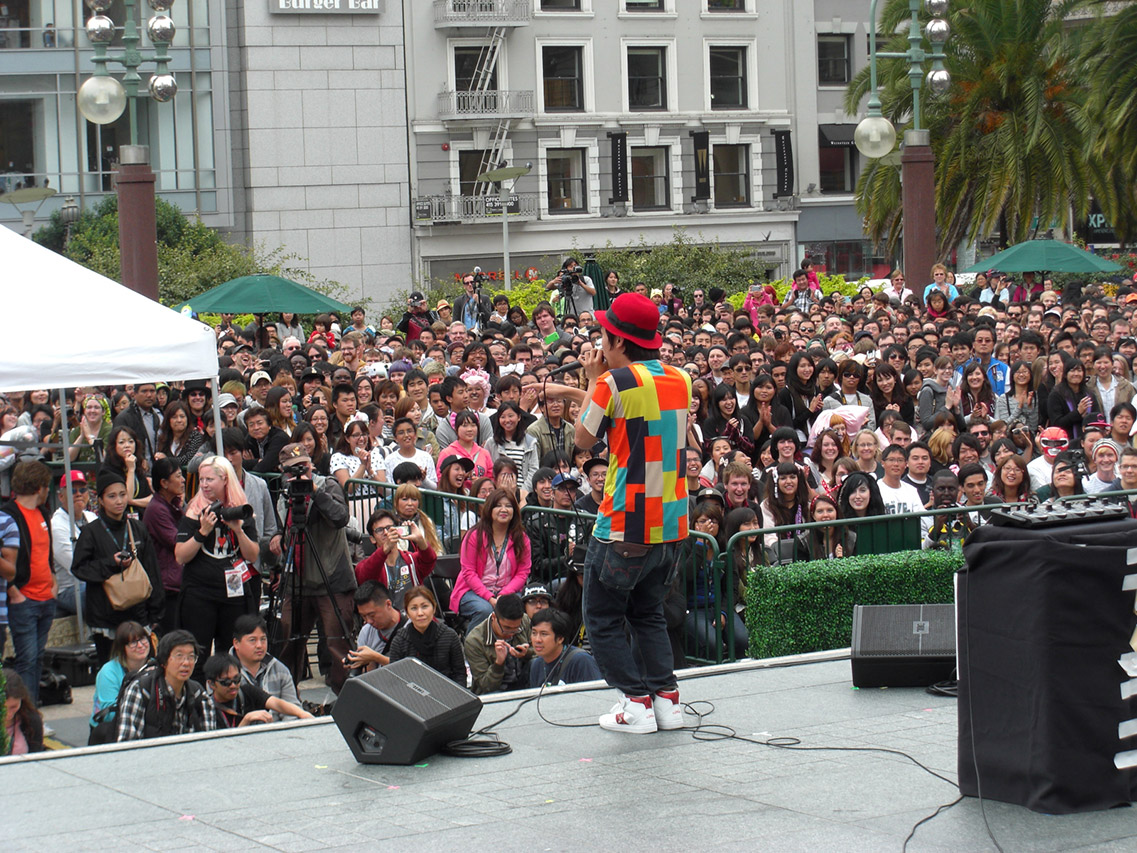 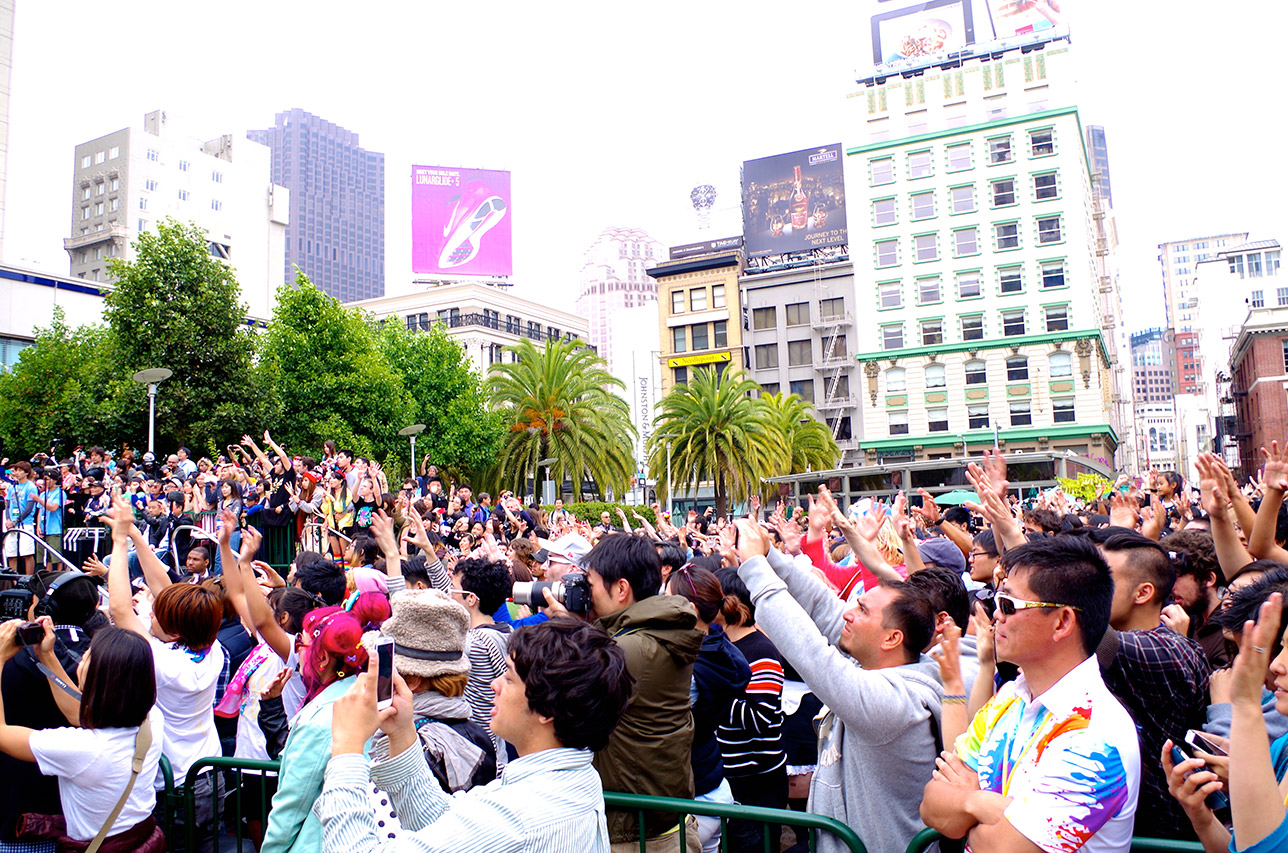