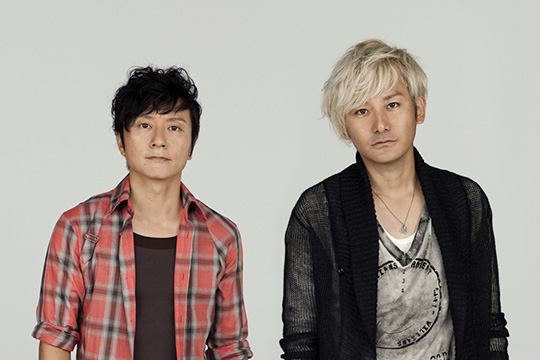 PORNOGRAFFITTI will be participating as Guests of Honor at Anime Expo 2013 in Los Angeles which will be taking place July 4 ~7. PORNOGRAFFITTI’s first ever overseas headliner show will take place on Saturday, July 6 at Club Nokia.

Widely recognized to the U.S. fanbase for their tie-ins with several anime series, fans who attend their concert will no doubt be in for a spectacular show!


About PORNOGRAFFITTI
PORNOGRAFFITTI debuted with the song “Apollo” in 1999. Widely recognized for their ground-breaking music, the duo released their follow-up single “Music Hour” in July 2000 which turned out to be one of the hottest songs that summer and their following singles “Saudade” followed by “Saboten” both sold over a million copies in Japan.

Throughout their career, they have continually produced multiple hit singles, albums as well as sold-out stadium shows and record-setting tours.