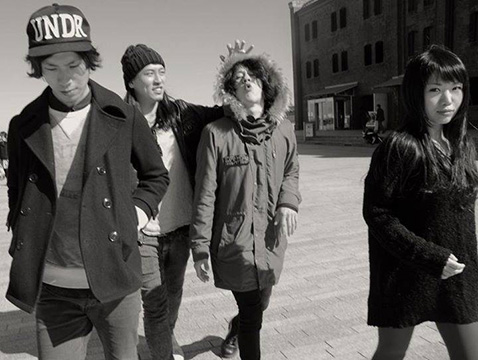 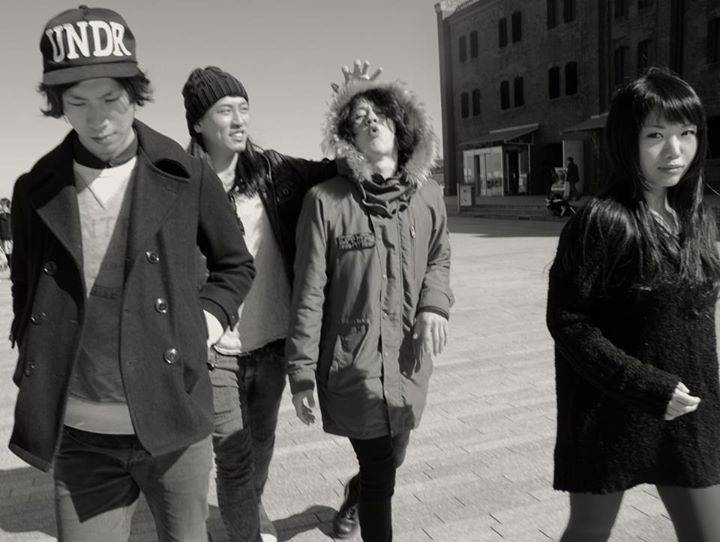 Mop of Head, who released their second album “Breaking Out Basis” on 5/8, had their first long interview printed in the June issue of MUSICA. With the sentiment of wanting to spread the word about their edgy and creative album to as many people as possible, Mop of Head has implemented a plan for a free download of their music.
The song that is available for download is the live version of the number two track on the “Breaking Out Basis” album titled “Japanese Boring”, which was recorded at the 5/16 release party. The song can be downloaded at the special MUSICA site (http://www.musica-net.jp/mopofhead/) so be sure to take a listen!

Mop of Head is a four-member instrumental band that’s comprised of a synthesist, guitarist, bassist, and drummer. Aside from the fact that there’s no vocalist, the composition of the band is a common one; however, the music they play is of the electronic dance genre. The leader/main songwriter synthesist George is a radical artist who graduated from a music-centered university where he specialized in piano; this band is the culmination of all the experience he built over the years studying jazz piano. As a poster-child of one who has been heavily influenced by the chemical reaction movement produced by the UK rock bands such as Primal Scream, Chemical Brothers, and the US’s Acid House, he explored various ways in which to adjust the movements in those early eras to be relevant to modern times, as well as how to fully utilize his bands skills in that endeavor; this exploration is what brought him to his present situation. The Making the Road & Music, features much-requested scenes of band battles against momentous bands like FUJI ROCK, Fear, and Loathing in Las Vegas, in the midst of a busy and chaotic situation where all they could do was put all their efforts into their work and hope for the best – this is the situation in which they released their second album, “Breaking Out Basis” on 5/8.

This album hits you with its outrageous melody strong beat, going straight to your heart right from the very first song on the track list. Their music has been considered part of the functional “danceable rock” genre, however that function is due to their tremendous skill combined with the desire to completely turn over and revolutionize the music scene with their music in the same way that the end of the 80s was a scene for chaos of the soul and disrepair, and their success in doing this is very clearly for the first time visible in this album. Further, this album is not one that will easily succeed in the four-on-the-floor boom of dance music. There is a clear distinction between techno house bands that play in genres such as folk, movie, neo acoustic, samba, and ballroom waltz in that Mop of Head’s music incites a sense of depth and of madness, due the makeup of their precise ensemble. Their sound is the new sound that this generation has been waiting for, a beat with a “new feeling”. It is for this reason in particular that listeners can feel a sincere desire to dance from the heart.
（by Atsushi Shikano／MUSICA June issue. Be sure to check out the June issue of MUSICA for the interview!）