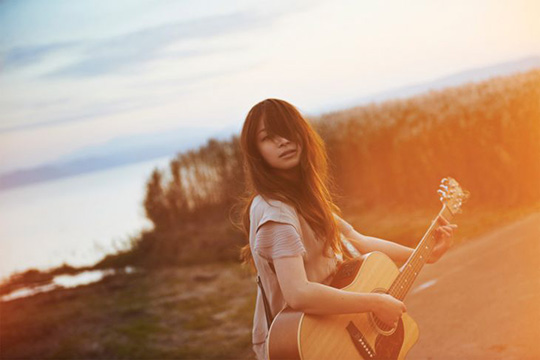 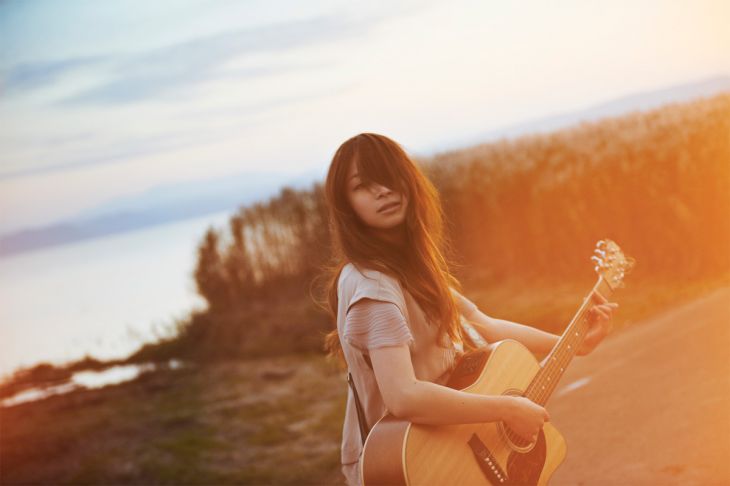 Rina Katahira held a convention live geared towards the music industry on May 15th. She officially announced that her major debut single “Natsu no Yoru” will be released on August 7th.

Rina Katahara is a singer songwriter who lives in Fukushima prefecture, who has been getting a lot of attention for a new artists that hasn’t made her debut yet.

Her debut single “Natsu no Yoru” is said to be her starting point. For this stage, they had a 5-piece band including Katahira perform for the first time instead of her usual solo-style performance.

The coupling song for “Natsu no Yori”, “baby” and “Hajimari ni”, were produced by the bassist from ASIAN KUNG-FU GENERATION, Takahiro Yamada.
Also, Rina Katahira performed with an Epiphone guitar, making her the first Japanese women to be named an Epiphone artist.

The hollow bodied Casino Epiphone guitar is known as the guitar that was used by Paul McCartney, John Lennon and George Harrison from the Beatles. This guitar brand has also been used by Keith Richards from the Rolling Stones, Paul Weller, and Noel Gallagher from Oasis, and is known as a worldly famous highly trusted guitar brand. This means Katahira has already received a special branding from the guitar maker even before her debut.