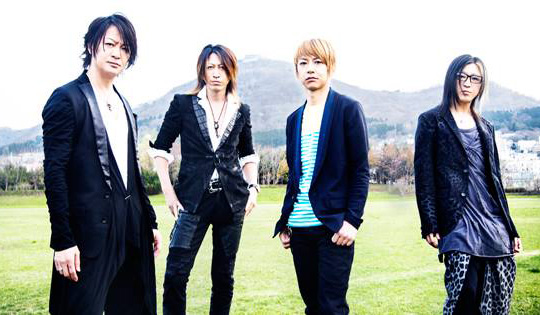 The MV for Glay’s new song, “Eternally”, has been revealed.
It is the first script work for UN-JASH’s Ken Watabe, and Kana Kurashina appears as main cast.

“Eternally”, is a love ballad with the memorable line (which roughly translates to), “Not in a hundred years, will my love for you change. I want to cherish it and keep walking beside you”.

The MV takes “marriage” as the focal point and depicts the life of one woman as a love drama. Kurashina appears in a wedding dress. She describes that the scene in which she weeps gave her mixed emotions of joy and sadness. It is a must-see scene.

Ken Watabe of UN-JASH was involved in the writing of the script for this MV. He was there at the meetings from when the project was first placed on the drawing board. As a result, this would become his first-ever work as a scriptwriter. The director of the MV is Yasuhiro Hirano who is known for making countless “tear-jerking” MVs. Thus, a MV that would make you “want to get married” has been completed.

Members of Glay appear in the MV as extras in various scenes, so try to keep your eyes open to find them. It also has many Glay-related trivia hidden throughout, making it an interesting watch every time. It has also been confirmed that a campaign will be held to give out prizes to those who find all the trivia information hidden in the video. Lots will be drawn to determine winners of the prize. Check out GLAY’s official website for details.

The song, “Eternally”, will be included on the triple-tie-up single, “DARK RIVER / Eternally /Tokei”, which will be released on July 24th. In advance to its release, the track’s digital distribution began on iTunes Store and dwango.jp on May 8th. As for all other websites, distribution began on May 15th.