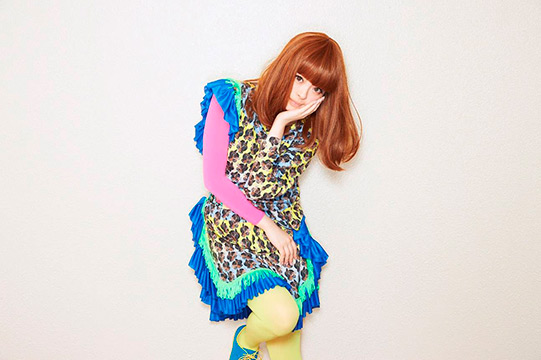 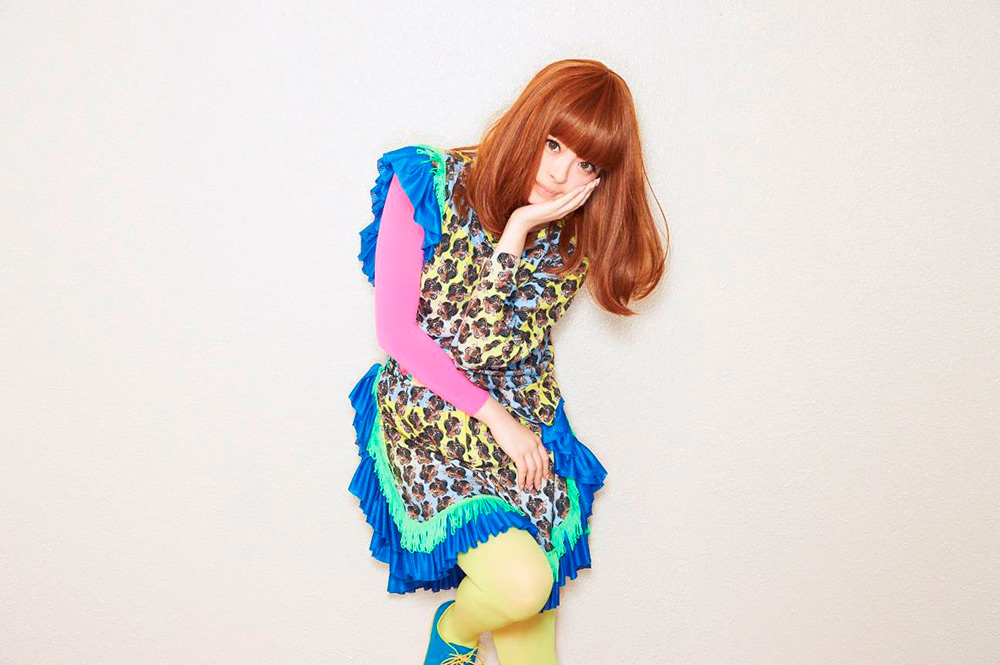 It was no secret that Kyary Pamyu Pamyu would be releasing her 6th single, “Invader Invader” on May 15th. This time around, the MV for the single was finally released. We’d like to deliver to you some messages from her.

“The costume for “Invader Invader” is really cute!! When you here invader, you’d usually imagine an inorganic creature, but since I wanted to surprise everyone, I remade old pastel-colored cloth into a sort of patchwork and made a dress out of it! It ended up being a really fun MV with things like, cheap set with cardboard boxes and electric fans and mysterious rituals with the dancer, so don’t forget to check it out!” –Kyary Pamyu Pamyu

The story of the MV goes like this: Kyary Pamyu Pamyu is a leader of a mysterious syndicate, and they succeed in contacting with a UFO through a mysterious ritual. A DJ-like alien comes down from the UFO, and they begin an oblation party on an alter-like stage.

The shooting took place at a studio in Kawasaki at the end of April. The shooting began in the morning and continued for a very long time. The director of the MV was Jun Tamukai, the same man who directed the last work, “Ninjari Ban Ban”. On top of that, Kyary herself, and staff members who she’d known since before her debut were involved from very early in the making process making it a thoroughly sought-out masterpiece.

The very Kyary-ish looking pastel color dress, the head accessory that reminds you of “Takarazuka”, and other pieces of the costume were all crafted from T-shirts and knitting’s that were purchased at “Spank!” in Koenji, a shop that Kyary often goes to herself. The four dancers were also made in the same way. As a result, these costumes became one-and-only items in the world. These costumes were handcrafted within a week, and the costume team, led by stylist, Kimiko Iijima, had to bring in sewing machines to the back rooms to finish their work on the day of the shooting.

The other draw of the video is the set in which they purposely used cardboard boxes and electric fans to create a mysterious syndicate kind of feel to it. Kyary was extremely happy when she saw the set get lighted up, and it created a very strange atmosphere.

Kyary has stated that “the dances are getting harder and harder every time”. The MV was recorded after the world tour. Kyary put on an immaculate performance with the detailed advice from her choreographer and she seems extremely pleased with the end product.

Since her debut in the summer of 2011, her MV’s have been played on YouTube a total of 130,000,000 times. The last song, “Nijari Ban Ban” marked more than 10,000,000 plays within the first month, and set an incredible record. The song, “Invader Invader” was written by sound producer, Yasutaka Nakata for the commercial for GU. It was created under the slogan, “All right! Let’s take over the world”, and features an ‘80s-taste’ electro-pop flavor. Enjoy the song in its entirety by watching the MV.