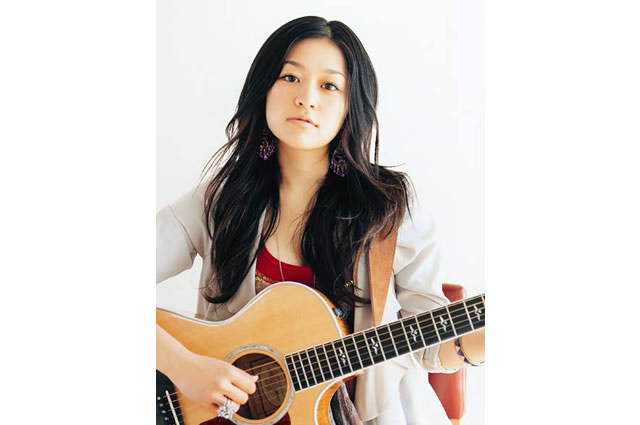 Until her late teens Ai had been honing her piano & guitar skills before emerging onto songwriting. Ai has made over 70 original songs until today. At the same time, Ai had aggressively executed numerous live shows in Tokyo. Rock is the base of her sound, onto which layered are the moving lyrics and epical melody that show off Ai’s strong and definite originality. In November 2009, Ai’s much anticipated debut single “I WILL” was released from avex. Single “I WILL” ranked No5 for 2 consecutive weeks in Billboard Japan Hot Top Airplay. From 2010, Ai has started putting on live shows and recording sessions for her much awaited 1st album. Ai is now in full scale to emerge as a real artist. Ai is making a semi-regular appearance at the national TV show “J-MELO” (NHK TV/Sun 24:30-) as the role of ‘Music Discoverer.’ From April, Ai has started the FM radio show “GOLDEN 4 EGGS~ Takekawa Ai Why-Ai Tonight” (Nack5/ Mon 23PM~). 2nd single “Tooi Michino Sakide” (“Inuyasha-Final Episode” Ending Theme) released on Mar 3, 2010 from avex.
Official Website: http://aitakekawa.net/
Myspace: http://www.myspace.com/aiaitakekawa
Twitter: http://twitter.com/takekawaai