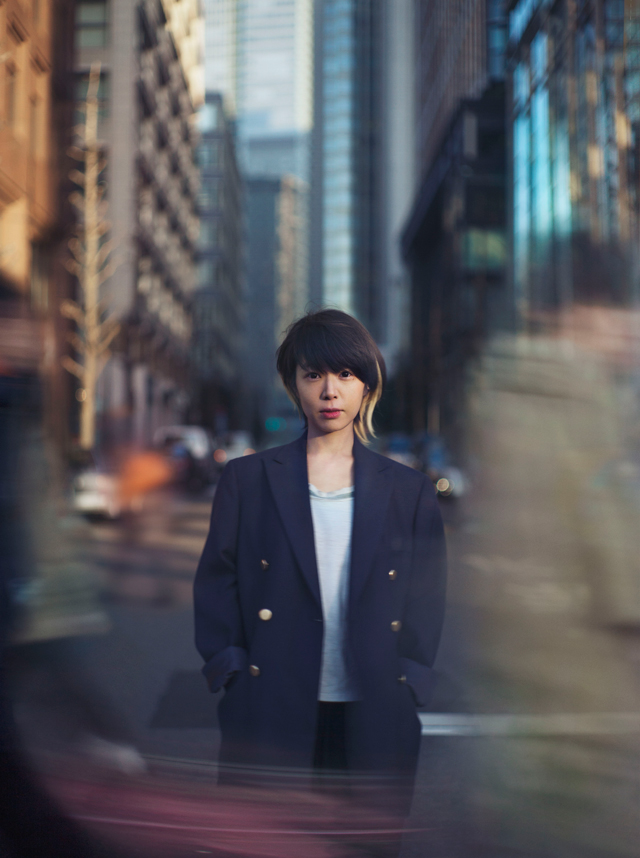 Salyu released her first two single as Lily Chou-Chou in 2002.
In 2004, she released her debut single as Salyu titled “VALON-1”
In 2005, she released her first album “landmark”.
In 2007, she released her second album “Terminal”.
In 2008, she released her best album “Merkmal” in November. The promotional tour including Nippon Budokan Show ended as a big success.
In March 2010, she released her self-produced third album “MAIDEN VOYAGE”.
She also went onto the album’s national promotional tour “Salyu Tour 2010 MAIDEN VOYAGE”.
Then she released her 14th single “LIFE”, and went onto ZEPP tour all through Japan, establishing herself as a leading female artist in Japan.
In April 2010, she launched “salyu × salyu” project, releasing a collaboration piece with Cornelius＝Keigo Oyamada, “s(o)un(d)beams” and “salyu × salyu tour s(o)un(d)beams “ ended as a big success.
In July, she released both Aside single as salyu’s 15th single “Aozora/magic”.
Later in August,it was picked as the commercial song for “au ”INFOBAR A01”, creating a buzz.
She released “Hanashitai Anatato” as download only as salyu × salyu.
In October and November she organized for the first time a collaboration show titled “salyu × salyu hanashitai Anatato” and another solo show titled “salyu × salyu s(o)un(d)beams +”.
In November, she had a duo show with Takeshi Kobayashi titled “a brand new concert issue “m i n i m a ” – Minima – Salyu × Takeshi Kobayashi” in Tokyo and Osaka. It was an instant sold out, and the YouTUbe stream of Tokyo show created a big buzz.
On February 1st 2012, she released her 16th single “Lighthouse” and salyu × salyu Live DVD ”s(o)un(d)beams+”. On the 15th, she released her fourth original album “photogenic”. The promotional tour titled “Salyu Tour 2012 photogenic”, starting in March, was a big success.
In May, she had her first collaboration with full orchestra, which ended as a big success.
In, June, she performed for the first time overseas as “salyu × salyu” in London and at Sonar 2012 n Barcelona was welcomed internationally.
In July, she sang on “Physical”, a London Olympic theme song for TV Tokyo along with Shikao Suga and Crystal Kay, which was released as download.
In December, she joined Big Mountain Music Festival as salyu × salyu in Thailand.
In April, she went on cafe and bar tour titled “Salyu miscellany vol.1”.
In June, as salyu × salyu, she did an ending theme song “Kokaku Kidotai ARISE border:1 Ghost Paina”, which was picked on multiple media overseas. Around then, These New Puritans from UK invited her as a guest vocalist for the show at Hostess Club.
On February 26th 2014, she released both A side single “Ainiyukeru/Line” , had a solo show at Nakano Sun Plaza on the 28th and in May, she and Takeshi Kobayashi came back on to the stage of “a brand new concert issue “m i n i m a ” – Minima – Salyu × Takeshi Kobayashi vol.2” as a duo. 2014 was her 10th anniversary.
On April 22nd she released her 5th album “Android & Human Being”. The promotional tour for the album “Salyu Tour 2015 Android & Human Being” started on May 5th, with a full rhythm section for the first time in three years. She performed in Taiwan for the first time in June 27th.
Official Website: http://www.salyu.jp/
facebook: https://www.facebook.com/Salyu/
Twitter: https://twitter.com/SALYUOFFICIAL
YouTube: https://www.youtube.com/user/SalyuChannel
instagram: https://www.instagram.com/salyu_official/