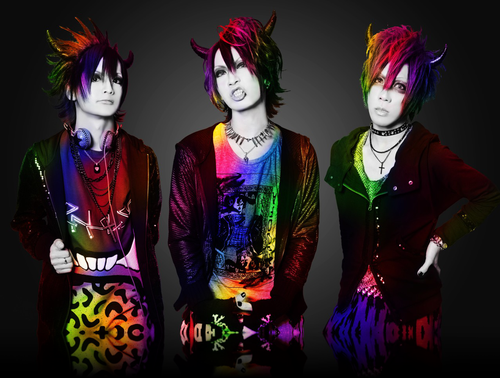 Formed in April 2009, the fool considers itself as a rock, loud, techno, electro and visual kei band. The 2 guitarists and the vocalist also make use of computer programming, to add a personal electro touch to their rock sound.
the fool belongs to the Japanese label Starwave Records. In October of 2010, they will release their new album, “Crazy frogs around the world”.
Official Website: http://thefool-web.com/
Facebook: http://www.facebook.com/thefoolofficial
Myspace: http://www.myspace.com/thefooljapan