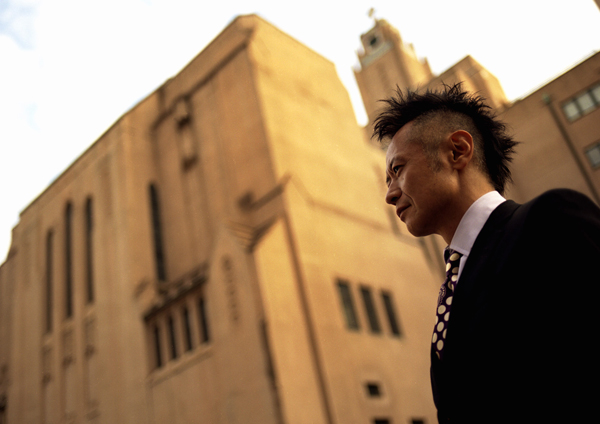 A Japanese singer-songwriter, composer, and music producer.
In 1986, made his major debut as “Payapaya” as the keyboardist for LA-PPISCH.
In 2002, left LA-PPISCH to become a solo artist/music producer. Produced Chitose Hajime, and her major debut single “Wadatsumi no Ki” became a big hit.
In 2003, released the solo album “Jyubyougo no Sekai”. The album featured the self-cover version of “Wadatsumi no Ki”.
In October 2006, was diagnosed with lung cancer, and was told that he had 3 months to live. Announced publicly that he was suffering from “back pain” and took a break from his career.
In 2007, performed at LA-PPISCH’s 20th anniversary live concert, and collaborated with “Kemuri”, led by Fumio Ito, et al for the Fuji Television’s “Bokura no Ongaku –OUR MUSIC-“.
On March 9th, 2008, passed from lung cancer at the age of 47.
Officail Website: http://www.uedagen.com/
Official Blog: http://blog.livedoor.jp/ueda_gen/