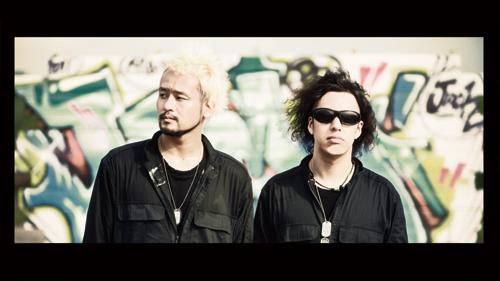 HAYATO (piano) and HIRO (cajon) formed →Pia-no-jaC← in April 2005, and they specialize in instrumental music just as the duo’s name suggests. The name is a combination of “piano” and “cajon”, with the latter spelt backwards from the right.
Self-taught musically, the simple unit of only keyboards and percussion has crisp and energetic sounds, blending oriental flavors with Japanese spirits. The word “hybrid” best describes their music. Needless to say their live shows are the most striking, where technique, sound and performance are all highlighted at once.
It’s neither jazz nor classical. “Hybrid Instrumental” is the word, a totally new type of music. Their one and only sound, backed by their strength of simple instrumental style going far beyond language and their inimitably unique live performances and vibrations, is clearly distinctive from others
Their debut album “First Contact” (released September 2008) scored a massive sales of over 30,000 copies from nowhere in the first 3 months of its release.
With the sophomore album “EAT A CLASSIC” (released December 2008, exclusively in advance at the Village Vanguard) scoring the 20,000 mark in the first month of its release, they are becoming unstoppable.
Their live performances are creating a sensation among the listeners, and their appearance at the MINAMI WHEEL hosted by FM802 last fall was invaded by hundreds of fans, and the venue was forced to control the admission. Obviously, their headliner shows in Tokyo and Osaka that same year were immediate sellouts.
In January 2009 the duo hit the roads of Cannes and Paris on a concert tour, striking the audiences of MIDEM in Cannes and venues in Paris.
Linking up with broadcasting stations such as Yomiuri TV, Mainichi Broadcasting, TV Kanagawa, they are becoming one of the most expected up-and-comers not only in the music industry, but in fashion, advertising and show business.
Official Website: http://pia-no-jac.net/
Facebook: https://www.facebook.com/pianojac
Twitter: https://twitter.com/pj_pianojac
Myspace: http://www.myspace.com/pianojac
iTunes: http://itunes.apple.com/jp/album/first-contact-ep/id288901557