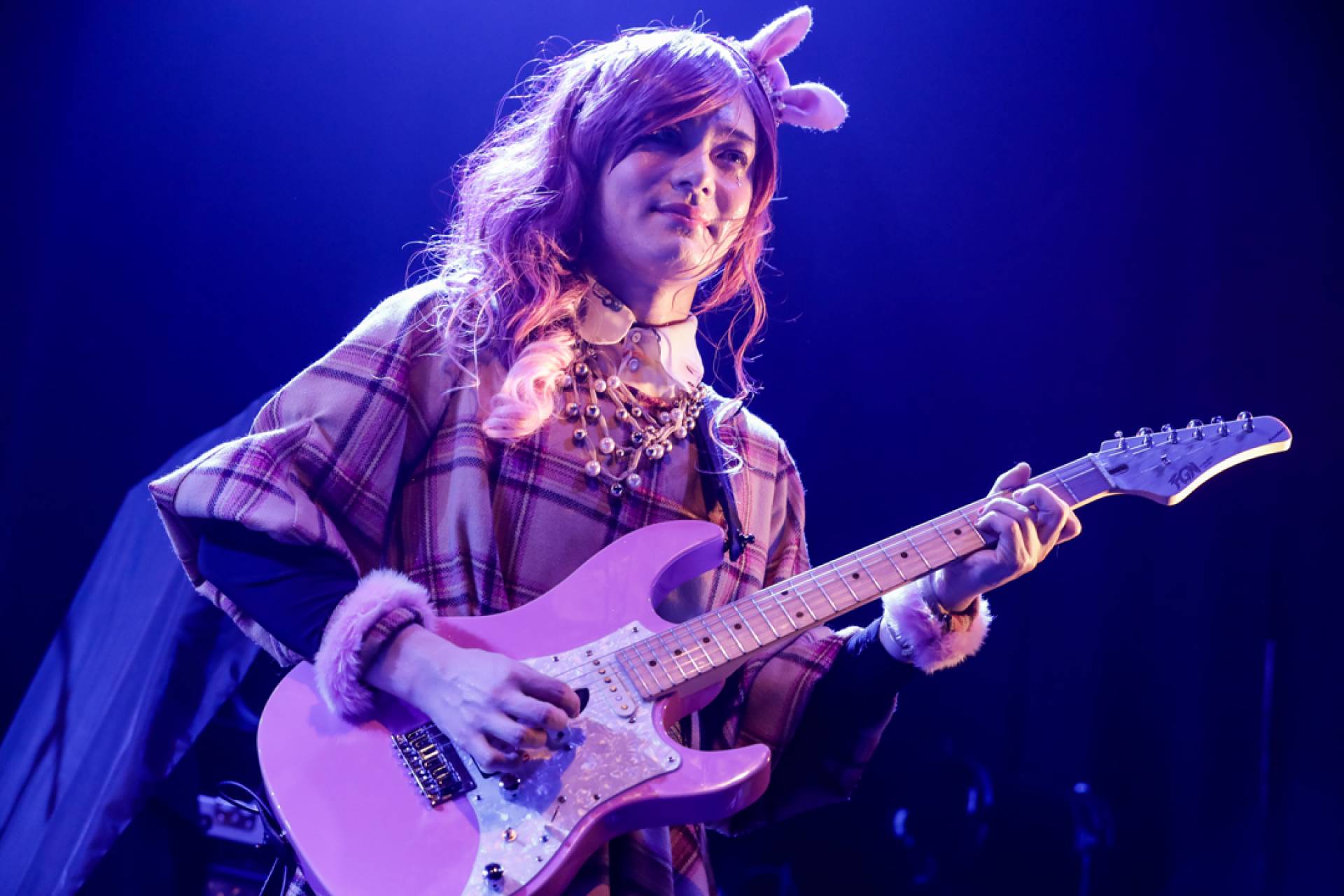 MIMIZUQ had their first anniversary live on June 22nd at Tokyo’s Mt. RAINIER HALL SHIBUYA PLEASURE PLEASURE.  The sounds of rain and thunder resonated in the venue after the blackout.  However, the fantastic atmosphere was soon replaced by excitement when MIMIZUQ finally appeared after the stage curtain was unveiled.

The fans cheered when they saw the band member’s new stage outfits for the first time.  “Welcome to our first anniversary show. Please enjoy it until the end!” TAMA welcomed the fans.  The band played their new song Kaze no harmony and with the song’s uplifting melody, TAMA drew the fans into MIMIZUQ’s world with his transparent high-toned voice.  On the second song NEW HOPE, a “clown” AYA with a tambourine had the fans dance to his cute choreography. Throughout the song AYA entertained the fans by playing an edgy guitar solo and making a dog balloon.