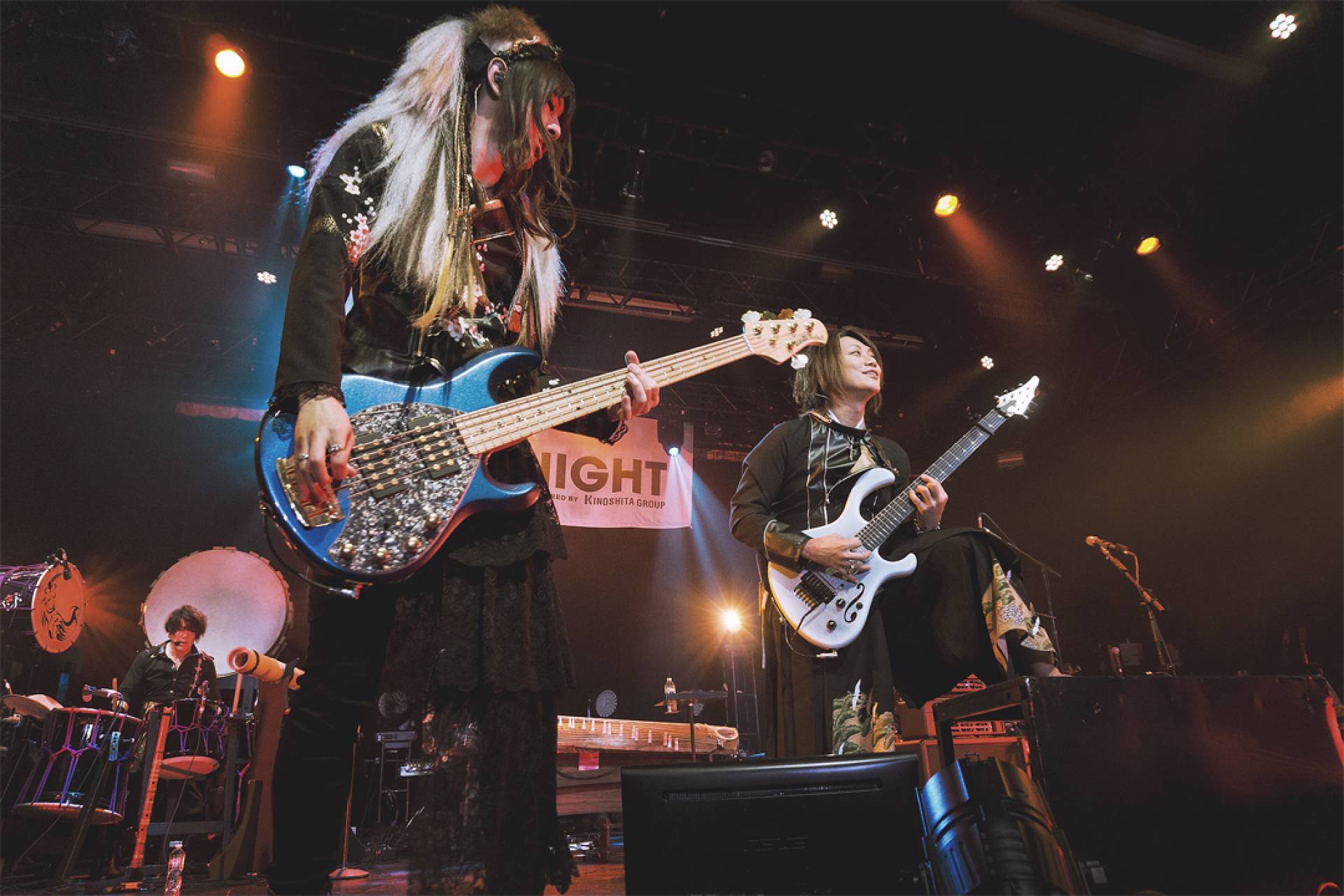 
WagakkiBand transported the audience through an exhilarating and intense musical journey.

Around mid-morning fans began lining up along the bustling streets of Times Square outside of PlayStation Theater, huddling together under shop awnings and umbrellas to escape the rain. The bleary weather did nothing to stop people from arriving early, excited to see WagakkiBand – a unique musical act that fuses traditional Japanese instruments with a western rock sound.