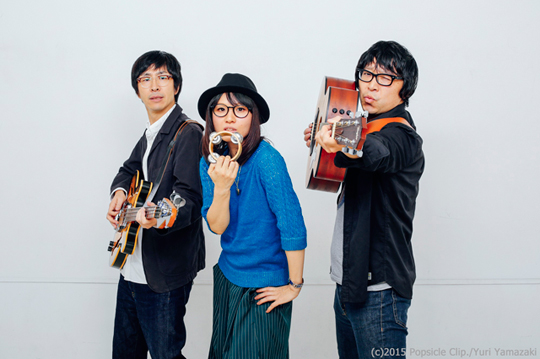 Swinging Popsicle, who made their major debut with “Joy of Living” with Sony Records in 1997, released two full albums, one mini album, and five singles during their partnership with Sony, which are now all out of print. Responding to years of fan requests, and connecting to the band’s 20th Anniversary celebration of their debut, Swinging Popsicle has created a hand-picked selection which will be available in early 2018. Available in Japan from Sony Music Direct, the album’s pre-orders sold out immediately, with international sales information to be announced.

The 30-song collection will feature new cover artwork and will be produced on the high-quality Blu-spec CD format, with remastered songs from Swinging Popsicle, Heaven, Fennec!, as well as the single “Satellite Tower”, the ending theme of the Fuji TV music program “HEY! HEY! HEY! MUSIC CHAMP”.