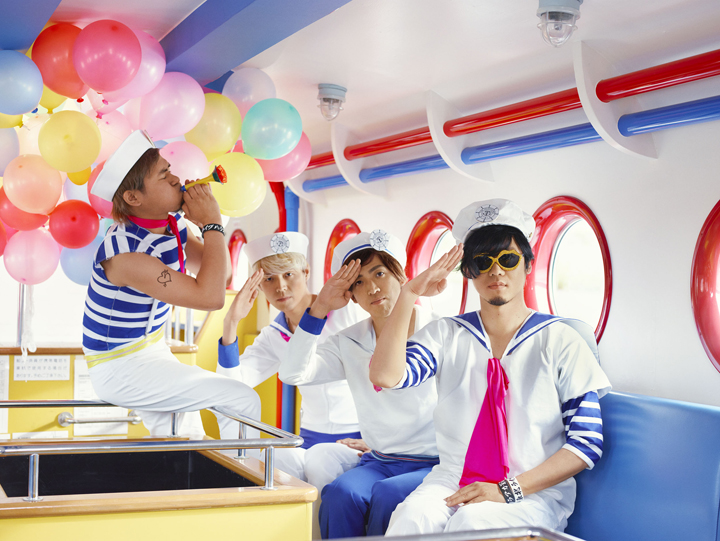 A Japanese electronic rock quartet formed in 2005.
The Telephones are Akira Ishige - vocals, guitar, keyboard, Ryohei Nagashima – bass & chorus, Nobuaki Okamoto – keyboard & chorus, and Seiji Matsumoto - drums.
After playing their first show together in January of 2005, The Telephones began to ring with resounding potential. The electric, electronic rock quartet released their first demo in July of the same year and established their official line up in August. With their roster set, The Telephones released their second demo in February ‘06 and followed things up with a short summer tour around Kanto.
The Telephones released their debut mini album, We are the handclaps ep. on JULY RECORDS in April ‘07 and have continued to rock clubs with their disco and new wave-inspired rock anthems.
In 2008 they performed in festivals such as ARABAKI ROCK FEST’08, ROCK IN JAPAN FESTIVAL, SUMMER SONIC and SWEET LOVE SHOWER.
2008.11.19. the telephones released their 2nd mini Album「Love&DISCO E.P.」DAIZAWA RECORDS.
2012.06 they held their first tour and performed oneman show 「SUPER DISCO Hits!!! the telephones ONE-MAN SHOW!!! ～『Love&DISCOE.P.』SPECIAL RELEASE PARTY ～」at Harajuku Laforet Museum with sold out.
Official Website: http://thetelephones.net/
Myspae: http://www.myspace.com/thetelephonesjapan
audioleaf: http://www.audioleaf.com/the_telephones/
Youtube: http://www.youtube.com/user/thetelephonesjapan