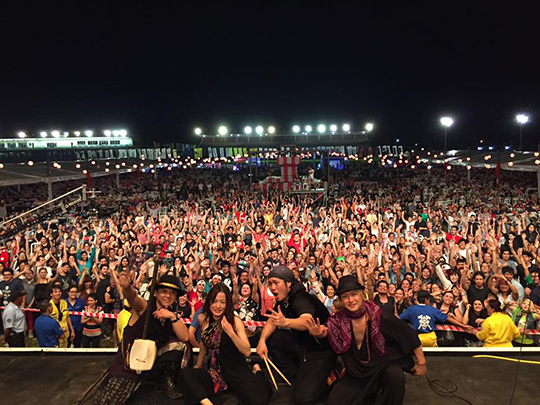 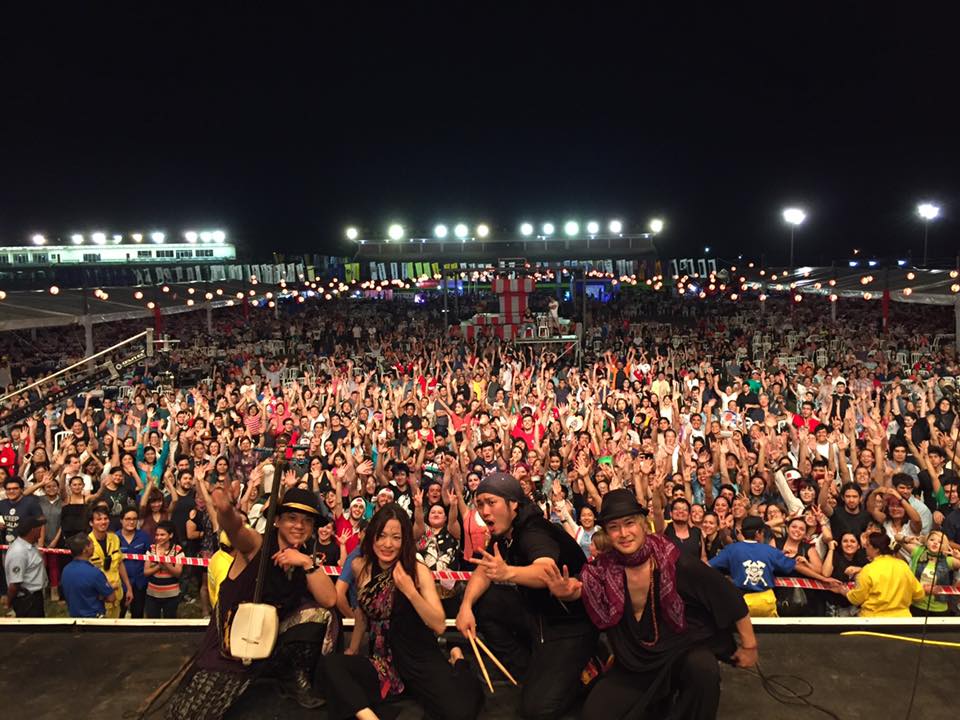 KAO=S performed at the Nihon Matsuri event for the 80th Anniversary of Emigrant Japanese in Paraguay (80 Aniversario de Inmigración Japonesa al Paraguay) on October 15th at Asunción. 15,000 cheered on KAO=S’s performance. KAO=S arrived in Paraguay on the midnight of October 13th. They appeared on two syndicated Paraguayan TV programs on the morning of October 14th. KAO=S played their music in the offices of Paraguayan newspaper publisher “Ultima Hora”, which was publicised in the following morning edition.

“Nihon Matsuri” started from 5pm Paraguay time on Saturday, October 15th. 15,000 people came to Jockey Club del Paraguay of Asuncion, the event venue. Japanese cuisine was available at the event, along with traditional Japanese drum performances and other cultural attractions. KAO=S appeared on stage at about 10:50 p.m. Playing at the climax of the event, KAO=S’s entry was greeted by calls from the exuberant crowd. Jack played the Paraguayan national anthem on the shamisen to open. Then KAO=S’s vocalist/performer Kaori, guitarist Shuji and support percussionist Kyohei appeared and played the song Jiware from their 2013 album Monogatari . Wild applause met KAO=S’s performance, and the band ended up playing eight songs at the show. Kaori’s sword performance elicited cheers, a first for the band, and they left an audience crying for more as they exited the stage. The performance at Nihon Matsuri was broadcast on Facebook as live video. Please find the link below.
Nihon Matsuri video link