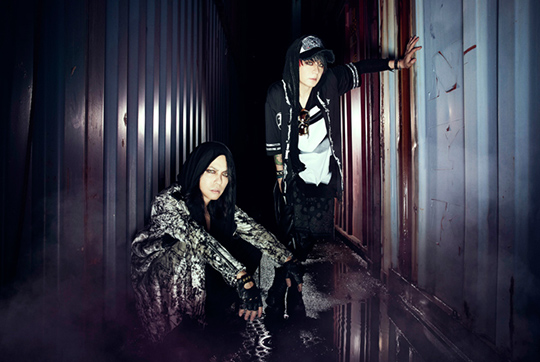 ──North America Tour schedule looks as tough as six shows in ten days. How are you going to spend the 10 days during the tour?

HYDE: Sleep, sleep and sleep. Drink and sleep (lol). It’s all bus trip. All I can do is sleep. Of course we take breaks here and there. I can unusually sleep on the bus. It’s never a comfortable ride. It’s no bigger than a coffin but somehow it works for me to sleep there. JIN said the same thing. So I don’t mind the travel. I just sleep.

── What are you gonna do in New York?

HYDE: I’m not much of a city person. I probably won’t walk around much. Maybe just net surfing over the computer. Ah, I do take a walk. I like countrysides and would prefer it. I walked along the river last time I was in New York. There’s a nice walkway where everyone’s jogging. When I have time for the transit or in other towns I just take a walk. I don’t feel like doing it in the city.

HYDE: No. That’s not my thing.

── Then it’s not like a fun trip to New York.

HYDE: If someone strongly recommends me to do this or that to make the most of the opportunity, then I might. Moreover, I basically have to be in the writing process, I don’t feel like relaxing (lol).

──So it’s your album making time, isn’t it? So you’ll probably be writing in the bus.

HYDE: That’s possible. If I have time, I’ll most likely