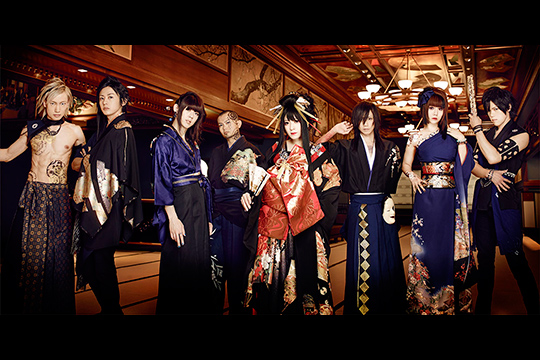 Wagakki Band has announced to hold a live tour in the West Coast of the United States.

In March, the band held a concert in New York, produced by Live Nation, a live-events company that produces concerts for top artists such as Lady Gaga and Madonna. Their performance, mixing of rock and Japanese traditional performing arts, has impressed the audience and has encouraged them to expand their activities in the United States.

This tour across the West Coast will be produced by Live Nation and the band is definitely gaining attention.