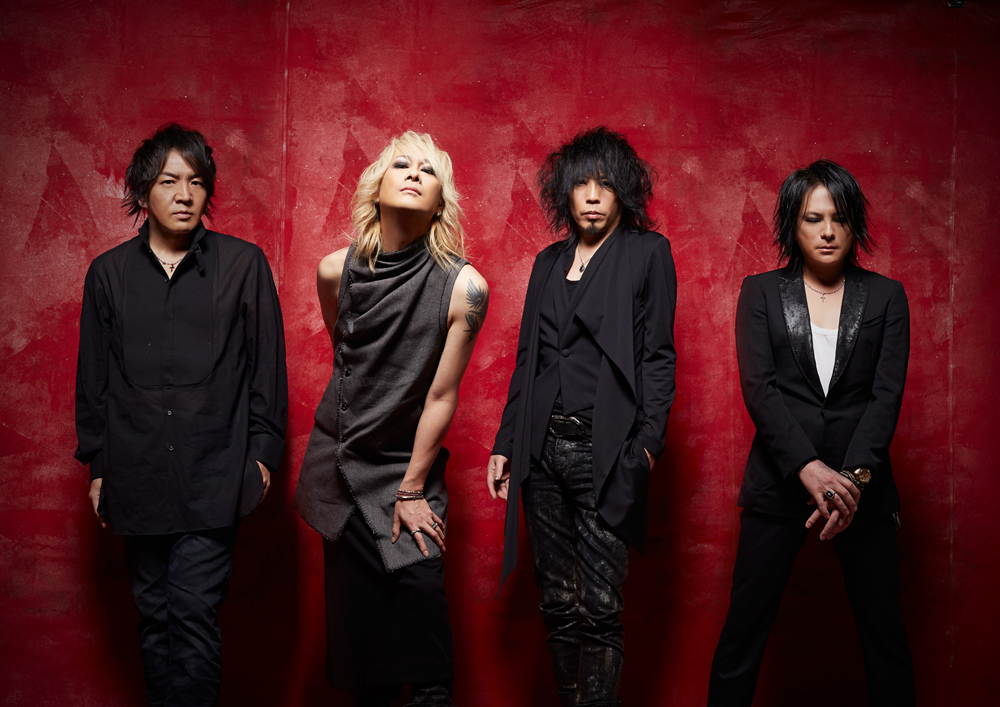 D’ERLANGER is a Japanese band considered to be important to the formation of visual kei, which was later used by bands like LUNA SEA & Kuroyume. The band formed in 1983 and disbanded seven years later in 1990. The guitarist CIPHER was only 15 when the band formed. The vocalist Kyo and the drummer TETSU were popular X JAPAN guitarist hide’s bandmates in yokosuka SAVER TIGER. After they disbanded, Kyo formed die in cries and later Bug. CIPHER and TETSU formed BODY and later joined up with with ex. Zi:Kill, Seiichi to formed Craze. SEELA, the bassist, became a support bassist for several bands but finally quit the music industry some years later.
In December 2006 they announced their come-back and since 2007 they have been active again with already 2 new albums: “LAZZARO” (2007) and “the price of being a rose is loneliness” (2008).
Official Website: http://www.derlanger.jp/index.html
Facebook: https://www.facebook.com/derlangerofficial
Twitter: https://twitter.com/KainAbelinc
YouTube: https://www.youtube.com/watch?v=P4EJwPdX81I