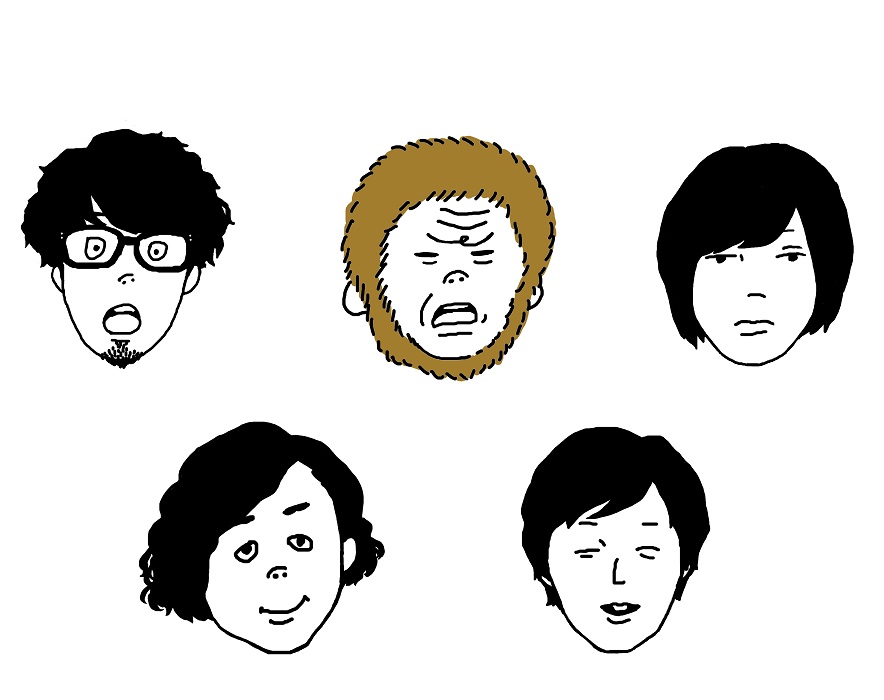 Vo/Gt Seiya Yamasaki (ex Self Borraginol)
Gt Kazuma Okazawa(ex Self Borraginol)
Ba Takuro Kawakubo
Key/Vo Shinnosuke Yokota(ex BLANK MAP)
Dr Taisuke Sogo(ex Bakaka)
In December 2009, they formed a band at Kansai Gakuin University. They have been performing active since 2010 based in Kansai area.
On November 25th Haganemaru left the band and Takuro Kawakubo joined, turning the band into Techno Breaker.
On April 1st, they got signed to Victor.
They have one RO69JACK2011 Award…Aha(ё)
Review by FFーX－２
Kyuso Nekokami
They seem like nothing extraordinary but when they’re in trouble, their power explodes.
When they are almost dead, their recovery and aggression goes up to 9999.
Official Website: http://02.mbsp.jp/kyuuso/
Twitter: https://twitter.com/KYUSO_NEKOKAMI