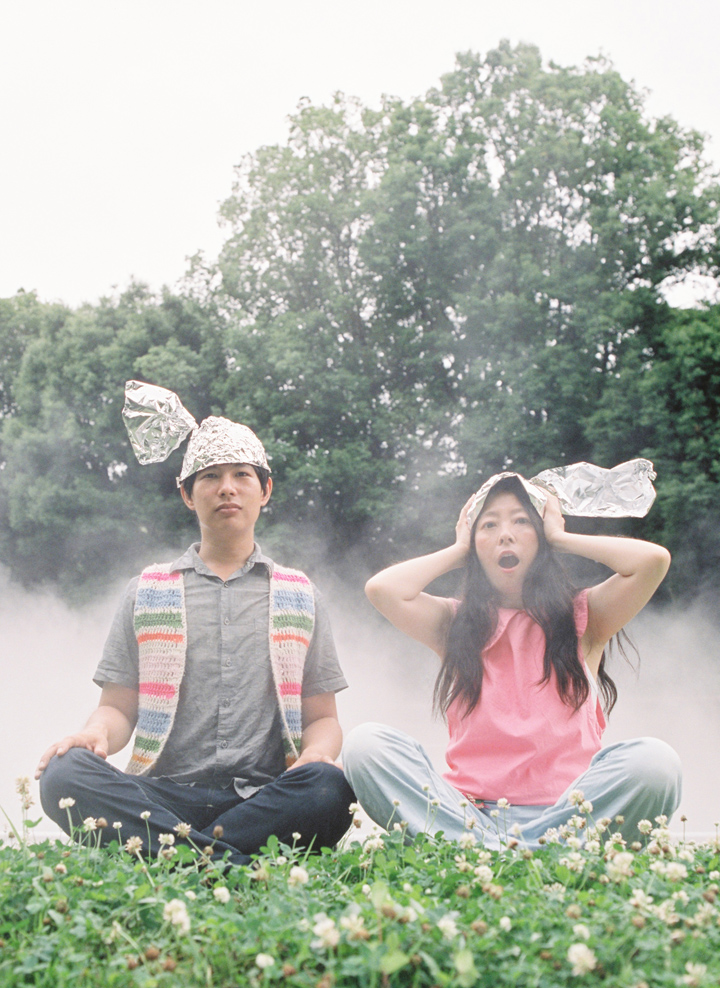 Minekawa had been Dustin’s fan before the summer of 2011, when she went to see Dustin’s show . This is how they met and the two just hit it off instantly while having conversation over music, universe and myths. They started having sessions, and this led to their collaboration. In 2013, they released “TROPICAL CIRCLR” and after the promotional tour in Tokyo area, they performed in FUJI ROCK FESTIVAL. Later, they toured in Sendai, Kyoto, and Kobe. In Kyoto, they performed at p-hour, sharing a stage with Oorutaichi Loves The Acustico Paz Nova Band. In 2014, they successfully toured in North America. They create not only music but also the visual art such as the album cover and music videos together.
Instagram: http://instagram.com/takako_dustin/
Takako Minekawa Twitter: https://twitter.com/tm_meandcat
Dustin Wong Twitter: https://twitter.com/dustinwong