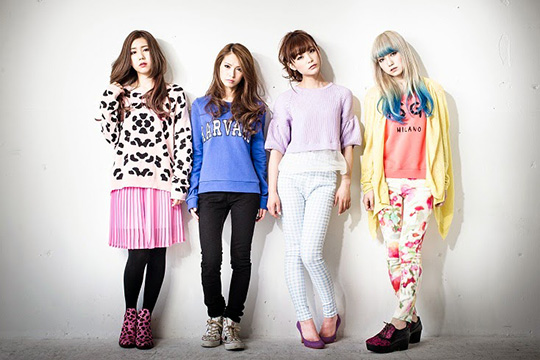 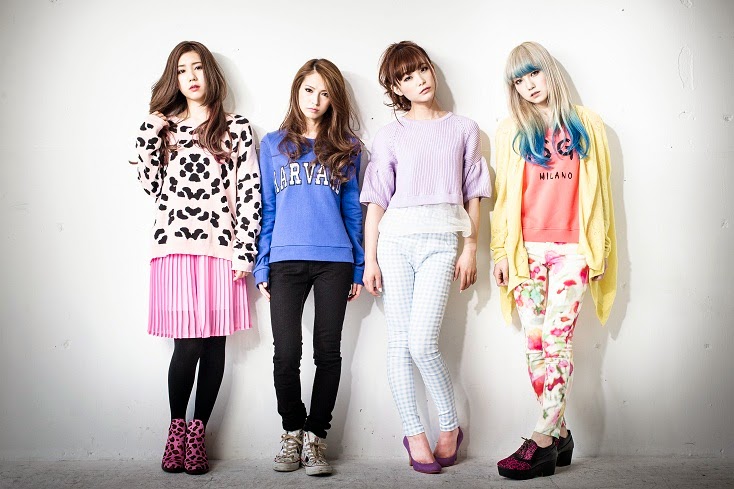 It has been announced that SCANDAL will do the theme song for the Toho film roadshow “Pokémon the Movie XY: Diancie and the Cocoon of Destruction.”

The title of the song is “Yoake no Ryuuseigun.” The lyrics were written by TOMOMI (B&Vo) and Hidenori Tanaka, and the music was created and produced by Hidenori Tanaka and Seiji Kameda. The song will be released as a single on July 16. Below, we would like to bring you comments from the members of SCANDAL.

Comment from SCANDAL
“When I heard that we would be in charge of this theme song, I was so happy I thought I could fly. We were part of the first generation of Pokemon, and when ‘Pokémon: The First Movie: Mewtwo Strikes Back’ was in theaters during our summer vacation, all of my friends waited for it excitedly. I remember that as if it was yesterday. The Pokémon films that are released during summer vacation, which have been so beloved by children for so many years, have always remained in my memory. In that way, I want our song to be make it even more exciting so that it burns itself into the memory of children into the future!”
–HARUNA(Vo&G)

“When I was in elementary school, Pokémon was always a topic of conversation during our breaks. That was my youth. I think ‘Pokémon the Movie XY: Diancie and the Cocoon of Destruction’ will be the first movie a lot of children see. We created this song the best we could to bring about the same kind of excitement and passion – no, even greater excitement and passion – than we felt at that time. I hope everyone enjoys it until the end.”
–TOMOMI (B&Vo)

“Pokémon was the first movie I ever saw. I was drawn into the world of Pokémon to the point that I thought that they might, at any moment, jump out of the screen, and I remember being so moved that I cried. I love the Pokémon games, and I’ve played it from Pokémon Red and Blue until the newest Pokémon X and Y. I’m really happy to be able to take part in the world of Pokémon, which has been an indispensable part of my life! I hope that our song can support the activities of Pokémon!”
–MAMI (G&Vo)

“We are going to be doing the theme song for ‘Pokémon the Movie XY: Diancie and the Cocoon of Destruction’! As someone who grew up right in the middle of the Pokémon generation, I’m really happy. Pokémon was the first game I ever received as a birthday present, and if I think back, Pokémon was always beside me in my childhood. I hope that for the children who will be seeing this as their first film, “Yoake no Ryuuseigun” will be the first song that they learn, and when they become adults and look back at it, they will be able to play it back in their heads. Please also look forward to us performing the song live!”
–RINA (Dr&Vo)