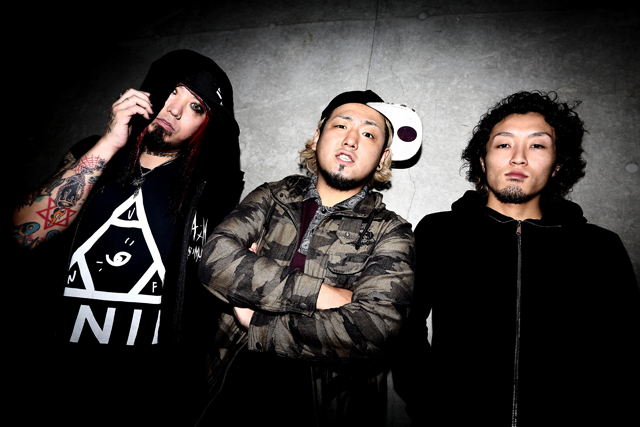 AIR SWELL changed their lineup in 2011 and has started up again. The band is from Shikoku and performs in the metropolitan area as a three-piece rock band.
AIR SWELL blend and digest Alternative, Industrial, Brit-Pop, Emo, Grunge, Loud, Punk, and Heavy Rock to create their own style that doesn’t require detailed categorization.
Their aggressive and powerful sound reminds you of US rock, and their delicate and nostalgic melodies remind you of UK rock. The combination of the two sounds continues to mesmerize music lovers as well as casual listeners.
Their emotionally exposed songs, and the comfortable groove that supports them, are sure to show their live audiences a world that does not seem like it is coming from a three-piece band.
AIR SWELL is currently playing with a session bass player since Taisuke left the band in 2014.
Official Website: http://air-swell.net/
Facebook: http://www.facebook.com/pages/Air-Swell-official/395624317159785
Twitter: http://twitter.com/airswelljapan
YouTube: http://www.youtube.com/AIRSWELLOFFICIAL