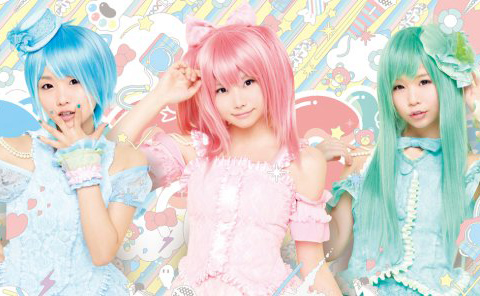 On November 29, Enako, the internationally acclaimed charismatic cosplayer, was invited by the city of Chiang Mai as a special Japanese guest at Loi Krathong, Thailand’s largest festival held in Chiang Mai.

The Loi Krathong Festival is the largest festival in Thailand, and attracts over a million visitors from around the world. In the midst of all this, Enako mesmerized the crowd in impressive style from start to finish. Besides being presented a trophy for her participation from the Mayor of Chiang Mai, she literally became a cultural bridge between Japan and Thailand.

The following day, Enako appeared as a guest on a Bangkok TV program, and on December 1 she attended an autograph-signing session at the Kinokuniya Bookstore in Isetan Department Store in Bangkok. The situation became chaotic at one point with 200 local hard-core fans of Enako who rushed to the event, but, in spite of that, she deepened her exchanges with her fans. On the same day, she also appeared at the Vibulkij Comics Party which was held at Seacon Square Bangkae. She performed as a special guest, and this gave us a glimpse of the beginning of her full-fledged activities in Thailand.

On December 15 and 16, Enako and her three-member idol group Panache! will soon be performing live at CAF 2012, China’s largest comics event with over 200,000 visitors, which is held in Chengdu. Panache! has also confirmed the release of its second single “Sky Believe” on February 13, 2013. This is also worth checking out.