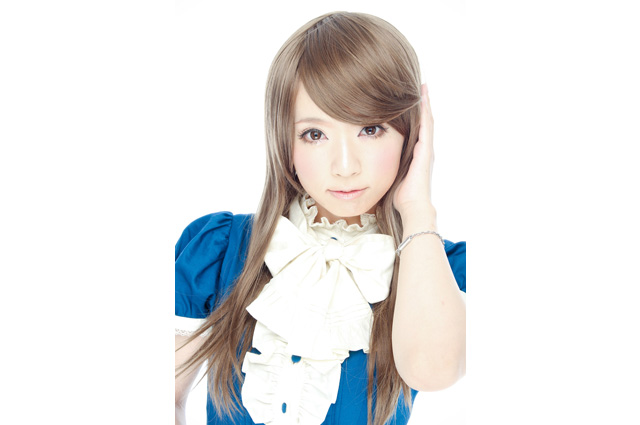 Daisy×Daisy is a Japanese pop group signed to AMG MUSIC. The group was formed in 2005 by vocalist MiKA and composer yuuki. They made their debut 2007 with the mini-album pieces. However, on September 10th, 2008, yuuki announced his retirement from the group, leaving MiKA the only member of Daisy×Daisy. In the year 2009, MiKA collaborated with producer Asakura Daisuke for her first single as a solo artist but she is still keeping the Daisy×Daisy name.
Going to a school for gifted and talented children since she was little, MiKA grew up in a family of musicians. She studied traditional Japanese Enka singing since the age of four, and moved up from her home prefecture of Ehime to Tokyo. She took on an apprenticeship under an Enka master, however she wished to experience many different singing genres so she formed a band. Even since then she has considered herself a rock vocalist.
Eventually her time with the band began to wind down, and she started working on her solo project Daisy x Daisy. Since 2007 she hasn’t stopped creating music, putting out 3 indie singles, 2 mini albums, 1 full album, and 3 live concert DVDs. In February 2009 her third single “Brave your truth” was released, chosen as the opening theme song for an anime, and reached 19th on the Oricon indie chart. She has already gotten a passionate fan base.
From pop vocals to powerful shouts, or even a melancholic vibrato, she is completely at ease over wide varieties and colors of singing. At live performances her unique, commanding presence and well-performed dancing contrast with her cute demeanor and her natural way of communicating and connecting with the audience. As an artist, she sings rock numbers combining the two opposites of “Cool” and “Cute” in a magical way.
On November 23rd, 2010, she finally makes her debut from Pony Canyon with “Holy Shine”, the ending theme song to the anime “Fairy Tail”.
―― Daisy×Daisy
In the language of flowers, “Daisy” means innocence, peace, hope, and cheer. MiKA took inspiration from this and created the name herself.
―― MiKA
“The world is tied together from all the little happy things to the big happy things, therefore I have to make sure I don’t forget the little happiness (ai = love) inside of me.” This feeling is expressed by only the letter i being lowercase. The lyricist is credited not as Daisy x Daisy, but as MiKA.
Official Website: http://www.pc-artists.co.jp/daisy-daisy/
Blog: http://ameblo.jp/daisy-daisy-mika/