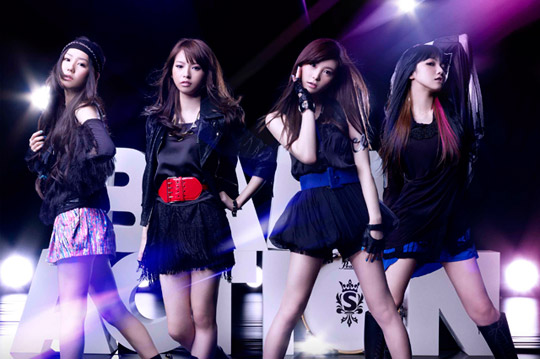 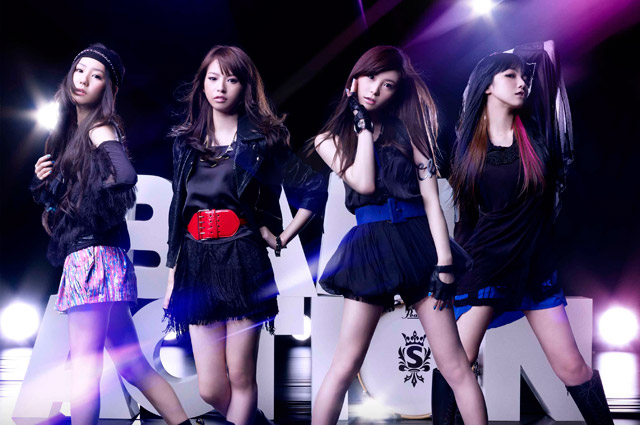 Taiwan was their 1st place to visit so we’re a bit nervous how many people would gather the venue. However, against our worries, 550 audience rushed the venue, selling out merchandize and CDs before the show started. HARUNA, the main vocalist talked to the audience “We really appreciate your enormous help at big earthquake happened in north part of Japan on March 11.” Taiwan contributed to Japan by donation of over $US 200 million.
Hong Kong was their 4th time to visit, and 2nd time for solo performance. Unlike the other 2 cities, the venue in HK was larger with the capacity of 1,200 audience.
We had a good response to the song “Shunkan Sentimental”, as it was a theme song for animation “Fullmetal Alchemist”. Along with the song, the audience sang together in Japanese.
In Singapore, we had 2 shows at the same venue, as 1st show sold out instantly. Totally 1,000 audience with neon stick shouted to the SCANDAL member on stage.
When HARUNA talked to the audience “We wanna come to Japan again!”, the audience scrapped their hands and shouted “ARIGATO” in Japanese.
It was such a successful tour in Asia, we can’t help but expect another tour in Asia in the near future.
Official webstie: http://www.scandal-4.com
Twitter: http://twitter.com/#!/scandal_band
Myspace: http://www.myspace.com/scandal4