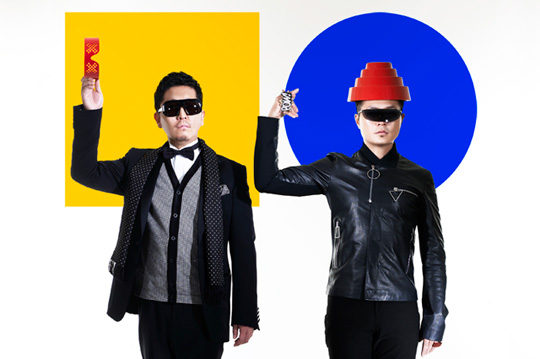 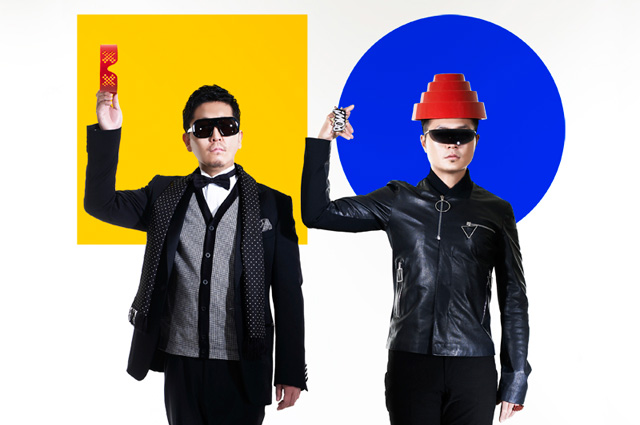 “m-flo” is a producer duo consisting of VERBAL and ☆Taku Takahashi. It all started back in 1998 when ☆Taku started professionally producing music, and landed on a remix job. Given the vocal track of “The Way We Were” (Barbra Streisand’s classic, covered by Ceybil Jeffries), he asked a long-time friend and a high school band-mate, VERBAL to feature on the remix. “The Way We Were”, originally a one-time deal, led to the formation of “m-flo” and soon after the duo started producing several songs with LISA as the main vocalist. Their independently released singles sold out rapidly nationwide, which led them to ink a contract with a avex trax, a major record label in Japan. Their major break came on July 7, 1999, when their first single, “the tripod e.p.” debuted 9th on the national Oricon Chart. Their subsequent singles received heavy airplay, and their first album “Planet Shining” placed 6th on the Oricon Chart. Alongside m-flo, each of the members produced, remixed, and featured for many artists, and their ability to collaborate with all types of musicians placed them in a unique position in the music industry. In 2001, their 9th single, “come again” placed 4th, and their 2nd album “EXPO EXPO”which was also released that same year, placed 3rd on the national chart. 12 singles, 2 albums, and 2 remix albums later, LISA left the group to pursue a solo career. After LISA’s departure from m-flo, VERBAL launched “espionage records” in 2001, producing and debuting a female rap group Heartsdales and a six-emcee rap group Mic Banditz. ☆Taku also launched his own record label called “Tachytelic Records”, where he produced and debuted Emi Hinouchi in 2002. In 2003, VERBAL and ☆Taku spawned a brand new concept for m-flo: the “m-flo loves” project. Featuring different artists on every song, they managed to pull together their 3rd album “ASTROMANTIC”. The album consisted of 17 artists, Crystal Kay, CHEMISTRY, BoA, Ryuichi Sakamoto, and CRAZY KEN BAND to name a few. This ground-breaking project placed 2nd on the Oricon Chart and sold over half a million copies in the first week. Continuing to feature and “love” many Japanese and foreign artists, they released their 4th album “BEAT SPACE NINE” on August 2005. From teenage singers like Emyli and Miliyah Kato, to veteran singers like Akiko Wada who has been in the limelight for 37 years, m-flo’s music crossed all types of boundaries and disproved many music industry “not-to-do’s”. This album worked its way into 1st place on the Oricon Chart, which was the first time for m-flo. They are also known for their stage performances, where they incorporate various styles from different genres. For the “BEAT SPACE NINE” Tour, they performed in front of 10,000 in Nippon Budokan. They are also known for their remix albums, which they release after every album. “Dope Space Nine” was the remixed counterpart, and much like “BEAT SPACE NINE”, the roster of remixers were stellar: KREVA, Shinichi Osawa, Maboroshi, CKB-Annex, etc. 2005 continued to be a successful year for m-flo as they participated in the “Kohaku Uta Gassen” (a prestigious annual music show on the New Year’s Eve produced by Japanese public broadcast NHK) with Akiko Wada. The honor of performing on K?haku is strictly by invitation, so only the most successful J-Pop artists and Enka singers can perform. Even today, a performance on K?haku is said to be a big highlight in a singer’s career because of the show’s large reach. Immediately following the “NHK Kohaku Uta Gassen”, they released “BEAT SPACE NINE -special edition-” CD on January 1st, 2006, and in February “m-flo TOUR 2005 BEAT SPACE NINE at Nippon Budokan” DVD was released. Their catalogue of releases didn’t stop, as they started working on new songs for their next album. They created “Summer Time Love” with Emi Hinouchi and Ryohei, a new track which was introduced on “m-flo inside -WORKS BEST 2-“: a compilation of songs by other artists where one or both of the m-flo members produced or was featured on. In November m-flo “loves” BONNIE PINK and DOPING PANDA single was released, arousing public interest on who the next line-up of “loves” will be on their up-and-coming album. On March 28th, 2007 they released “COSMICOLOR”, and announced that this album will mark the end to their “loves” project. Ranking 3rd on the Oricon Chart, they went around Japan and Korea for “m-flo TOUR 2007 COSMICOLOR ￣ m-flo loves Ameba￣”. Their final performance at Yokohama Arena on July 21st was their biggest venue to date, and the DVD documenting this live show is due out in October 2007.
Official Site http://m-flo.com/index.html
Official Myspace http://www.myspace.com/mflo
VERVAL Ameba Blog http://ameblo.jp/m-flo-verbal/
VERVAL on honeyee.com http://blog.honeyee.com/verbal/
Taku Takahashi Official Myspace http://www.myspace.com/takutakahashi
Take Takahashi Twitter http://twitter.com/#!/takudj