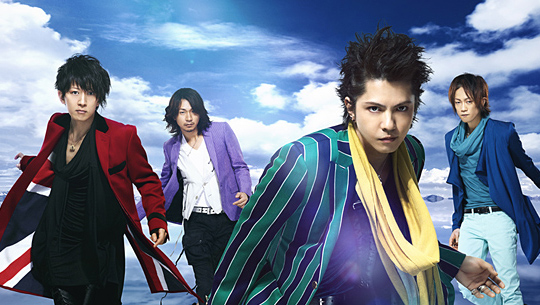 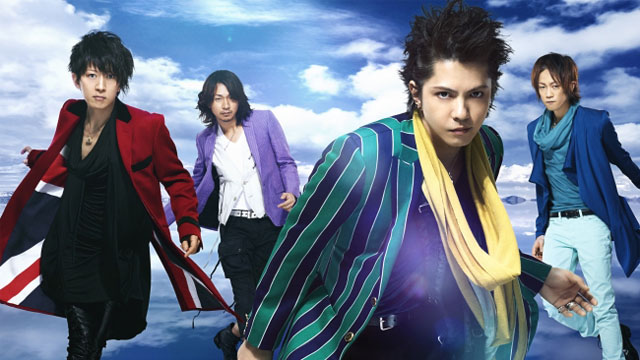 TOKYO, JAPAN L’Arc~en~Ciel is announced to go on a world tour including New York, London, Paris, Shanghai, Taipei, Hong Kong, Bangkok in 2012 (tour dates T.B.D.) and in the meantime, email registration will start on their website for the fans all over the world.
What is email registration?
The fans who register will be able to receive the band’s world tour ticket sales information by email before anyone else.
Registration is very easy, choose country of residence and enter email address.
It will start from August 26, on the following website.
http://www.larc-en-ciel.com/en/information/20th/
This is a great way to reach fastest information to reserve your ticket.
Don’t miss it.
L’Arc~en~Ciel
If you hear their unique melodies and edgy sounds even once, you will be captivated. hyde (Vocal), ken (Guitar), tetsuya (Bass), and yukihiro (Drum) make up the band called L’Arc-en-Ciel, formed in 1991. It continues to mesmerize the music scene not only in Japan, but throughout the world.
Ever since their debut, it’s seemed like the band has reserved a spot on the sales charts, because whatever year it is, they’ve got a hit song to match the times. In 1999, the band had the unprecedented idea to release the albums “ark” and “ray” simultaneously, and the group saw sales of over 4 million units in Japan alone.
In 2011, the band celebrated their 20th anniversary with the two-night show “20th L’Anniversary LIVE” at Tokyo’s Ajinomoto Stadium to 100,000 fans. The following “20th L’Anniversary TOUR” will continue into 2012, becoming a world tour of Hong Kong, Shanghai, Taipei, Bangkok, New York, London, and Paris, before concluding back in Tokyo.
L’Arc~en~Ciel Official Website: http://www.larc-en-ciel.com
L’Arc~en~Ciel Official Facebook: http://www.facebook.com/pages/LArc-en-Ciel/139185632806476