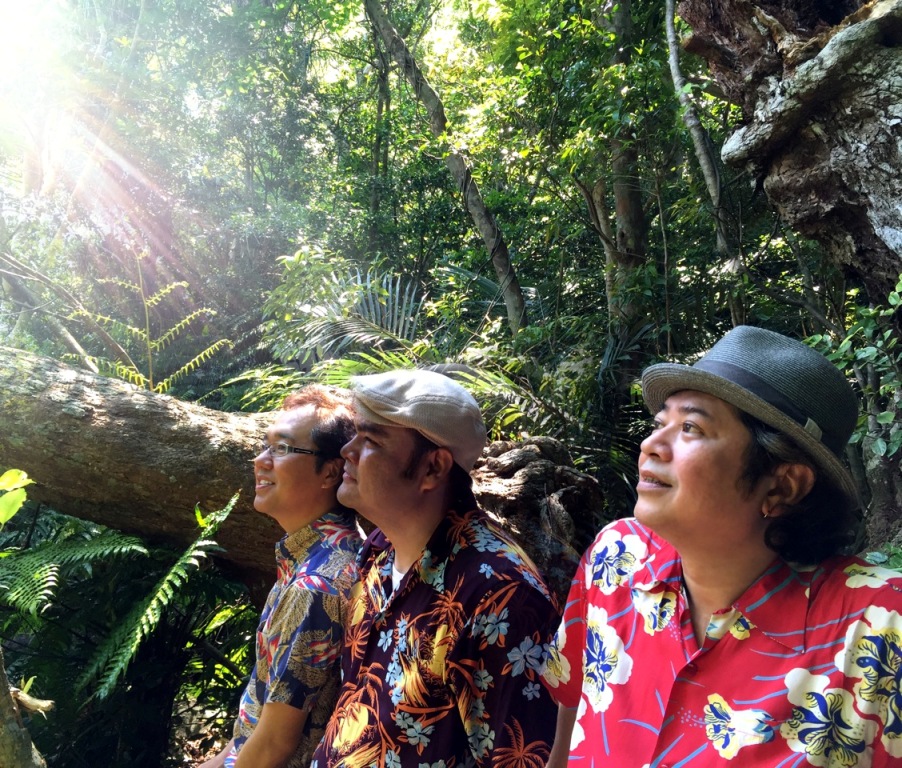 Begin is a popular Japanese three-man pop group from Ishigaki Island, Okinawa, Japan. Their sound contains many elements of traditional Okinawan folk music, and prominently features the sanshin, an Okinawan three-stringed banjo. Perhaps their most famous song are “Shimanchunu Takara”, “Nada Sousou”.
The members of ‘BEGIN’ have been friends since elementary school. They also attended the same senior high school but upon graduation all intended to go their separate ways and pursue different goals. One day, Eisho gathered the members together again and they began to focus on music. On December 5th, 1988, they sang at a friend’s wedding, calling themselves “BEGIN” for the first time. Soon they began to become famous as ‘BEGIN’.
Members:
Shimabukuro Masaru
Higa Eisho
Uechi Hitoshi
Official Website: http://www.begin1990.com/