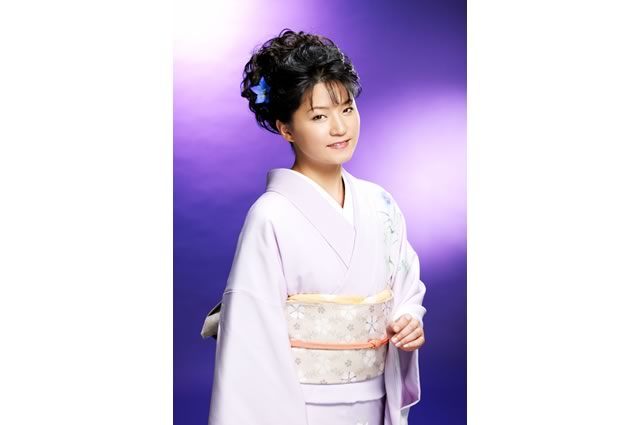 Influenced by her father, she sang Enka from a very young age and even entered many karaoke competitions.
In December 1991, she sang Kaori Kosai’s song “Koifune” to take the Grand Prix at “NHK Nodojiman”. In October of 1995, she was runner up at NHK-BS “Kayoujuku Anataga Ichibann” Shimane Prefecture Mihonoseki Town Championship.
On May 21, 2003, she debuted from Crown Records with the song “Ezurikono Onna”. “Ezuriko” is the name of an area in Kitakami City, Iwate Prefecture.
Performed for the first time at the NHK Kayou Concert on February 10, 2004.
On December 30, 2006, she won the Japan Composers Association Incentive Award at the 48th Annual Japan Record Awards.
On March 29, 2007, she was awarded the 28th Matsuo Genousho Kayoshinji Sho from the Matsuo Performing Arts Foundation.
On December 12, 2007, awarded the “Yusen Ongakusho” at the 40th Annual Japan Yusen Awards.
Official Website: http://www.mikoweb.jp/