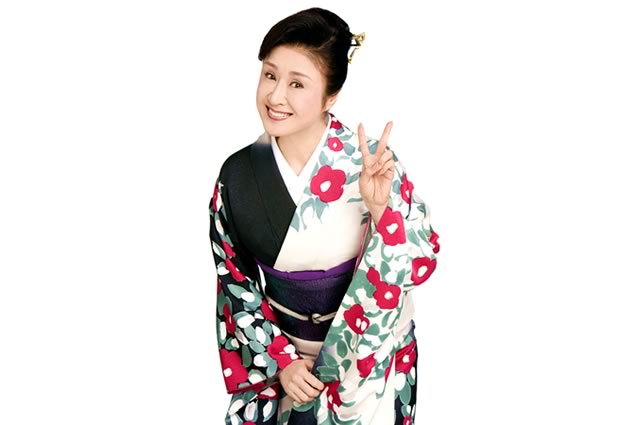 A leading Japanese Enka singer. Born December 5, 1953 in Niigata Prefecture. Debuted in 1963 and garnered attention and heralded as “genius singer” and “return of Misora Hibari”. Her singles “Omoide Sake” and “Moshikashite PART II” among others became big hits. Enjoying her 45th anniversary in the entertainment business she has received countless awards for her songs. In addition, she has many roles as an actress and entertainer. She performs on stage as Chair, also starring in period dramas, variety shows, etc. 2009 marked her 31st consecutive appearance, making a record for akagumi singers in “NHK Kouahku Uta Gassen” where she is known for wearing gorgeous stage costumes.
Official Website: http://www.sachiko.co.jp/