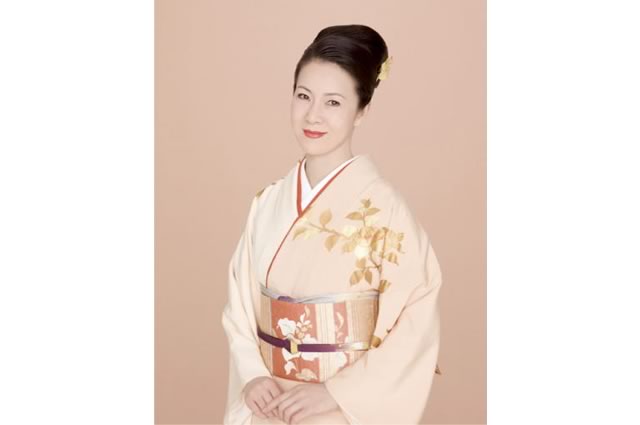 Fuyumi Sakamoto is a Japanese female enka singer under EMI Music Japan. Born in 1967, her debut occurred when she won an NHK song contest in 1987 at the age of 19. Over the past 15 years, she has gained wide popularity as an enka artist. She took a brief “intermission” of about one year and returned to the stage in spring 2003.
She is also a vocalist of rock band “His” with bassist Haruomi Hosono and guitarist Kiyoshiro Imawano, though Imawano died in 2009.
Her 1994 song “Yozakura Oshichi” is the notable song in her career. Although her songs were not popular in Japanese younger generation, it became one of her rare songs known by Japanese youth.
On January 7, 2009, Sakamoto released double A-side single “Asia no Kaizoku/Mata Kimi ni Koi Shiteru”, debuting at #13 on the Japanese Oricon weekly charts.”Mata Kimi ni Koi Shiteru” was her cover version of Japanese music duo Billy BanBan’s song. Though she always took part in the Kōhaku Uta Gassen wearing kimono as an enka singer, she took part in the event without kimono for the first time and sang “Mata Kimi ni Koi Shiteru” at the 60th NHK Kōhaku Uta Gassen in 2009. After the performance, the double A-side single “Asia no Kaizoku/Mata Kimi ni Koi Shiteru” climbed from #87 to #15 on Oricon weekly charts.
Official Website: http://www.fuyumi-fc.com/