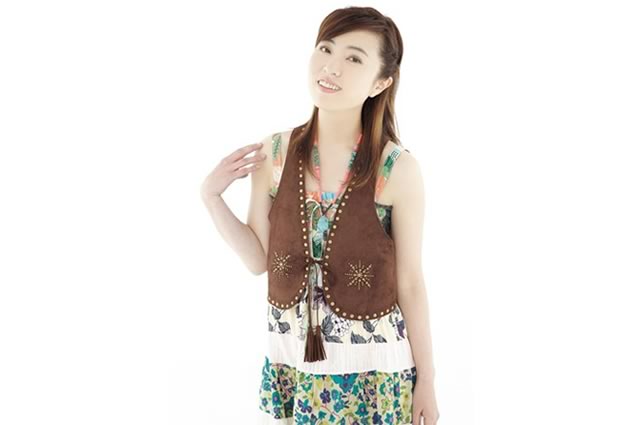 Megumi Hayashibara, born March 30, 1967, is a very popular voice actress (seiyū) and singer in Japan. She began her voice acting career while training for her original career option as a registered nurse and since played many of anime’s most beloved characters, including Faye Valentine, Lime, Rei Ayanami, Anna Kyōyama, Tira Misu, Musashi/Jessie, Lina Inverse, Ai Amano, Aki Kisaragi and the female form of Ranma Saotome.
According to the Internet Movie Database and as of First Quarter 2006, Hayashibara is the most prolific female seiyū with 190 credits to her name (though only behind Takehito Koyasu and Shinichirou Miki, but closely tied in rank with Kappei Yamaguchi). [1], [2] She is arguably the best known anime seiyū outside Japan, and is considered by some anime fans to be the “queen” of the seiyū, due mostly to the prolific nature of her voice in major roles. In addition to her voice acting career, she occasionally puts out solo musical albums, although she is virtually unknown in the music industry outside of Japan save for the recognition of television theme songs that she has performed.
In Ghost in the Shell: S.A.C. 2nd GIG in 2004, Hayashibara potrayed one episode before her maternity leave and another episode after her return from her maternity leave. In 2005, while continuing portray her regular roles in “Pokemon” and “Detective Conan” and Playstation games, Hayashibara didn’t appear in any new anime shows for 2005 (except for “Law of ueki”) for unknown reasons. In 2006, she returned to her state starting her guest role in “Inukami”.
Official Website: http://www.starchild.co.jp/artist/hayashi/