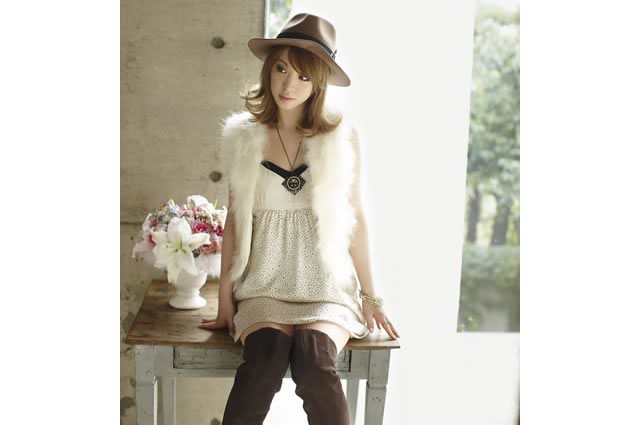 Lily. is a Japanese R&B singer under the KING RECORDS sublabel Venus-B.
Lily. was raised by music-loving parents, so she naturally dreamed of becoming a singer. In 2009, she impressed the staff of KING RECORDS’ R&B/hip-hop sublabel Venus-B after sending them a demo tape. She was praised for her 1/ƒ, soothing voice. The following year, Lily. debuted with the single “Tooku Hanareta Basho de feat. C”.
Official Website: http://www.lilymyu.com/