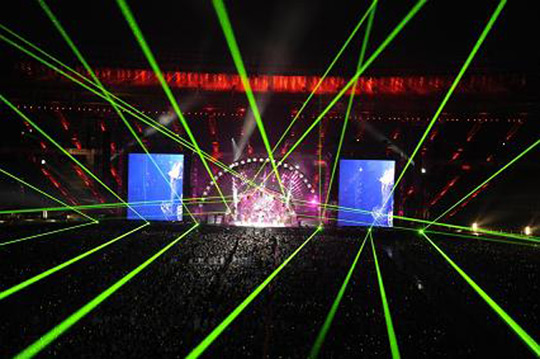 L’Arc-en-Ciel “20th L’Anniversary LIVE” One Night Only Event in the Movie Theaters around the World. 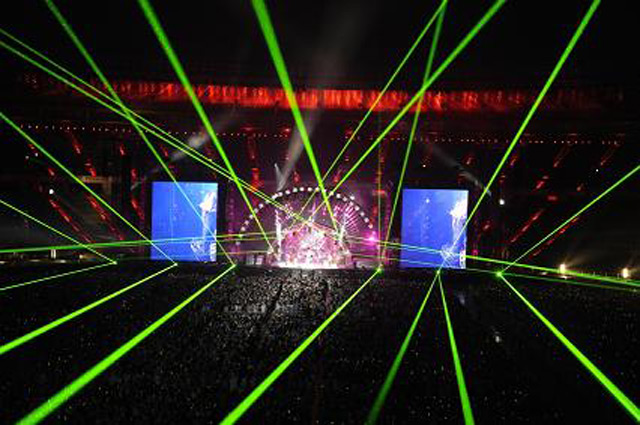 L’Arc-en-Ciel, the “Monster Band” from Japan, on Big Screen!
Special One Night Only Event Celebrating its 20th Anniversary.
Enjoy <> 2Days Live at Tokyo Ajinomoto Stadium which traced the history of the band and attracted 100,000 people !!!
In the middle of “20th L’Anniversary TOUR” in Japan, L’Arc-en-Ciel proved its artist power again with the new single “X X X” released on October 12th which marked another No.1 on Oricon charts and the details of its “WORLD TOUR 2012” have been just announced a few days ago.
Before the WORLD TOUR, the special 2-hour version of the “20th L’Anniversary LIVE” held on May 28 and 29, which created a sensation when Japanese satellite television WOWOW broadcasted it as “20th L’Anniversary LIVE WOWOW Special Select”, will be released as special one night only event in the movie theaters worldwide.
Let’s get to your feet and shout !! The full excitement of the special nights on May will revive in the theaters. Do not miss this exclusive experience with the powerful big screen and sound.
Participating Countries：France(Paris), Brazil(Sao Paulo), Indonesia(Jakarta), Singapore(Singapore), USA(New York, Los Angeles, Baltimore, Houston, Seattle, San Francisco, Boston, Chicago), England(London) etc.
The event date will be different for each country.
Please visit http://www.liveviewing.jp/contents/012_larc-en-ciel.html for further details.
Organization : MAVERICK
Distribution : LIVE VIEWING JAPAN
© MAVERICK
L’Arc～en～Ciel Official site :
http://www.LArc-en-Ciel.com
http://www.LArcom.net
L’Arc～en～Ciel Official myspace :
http://www.myspace.com/larcenciel