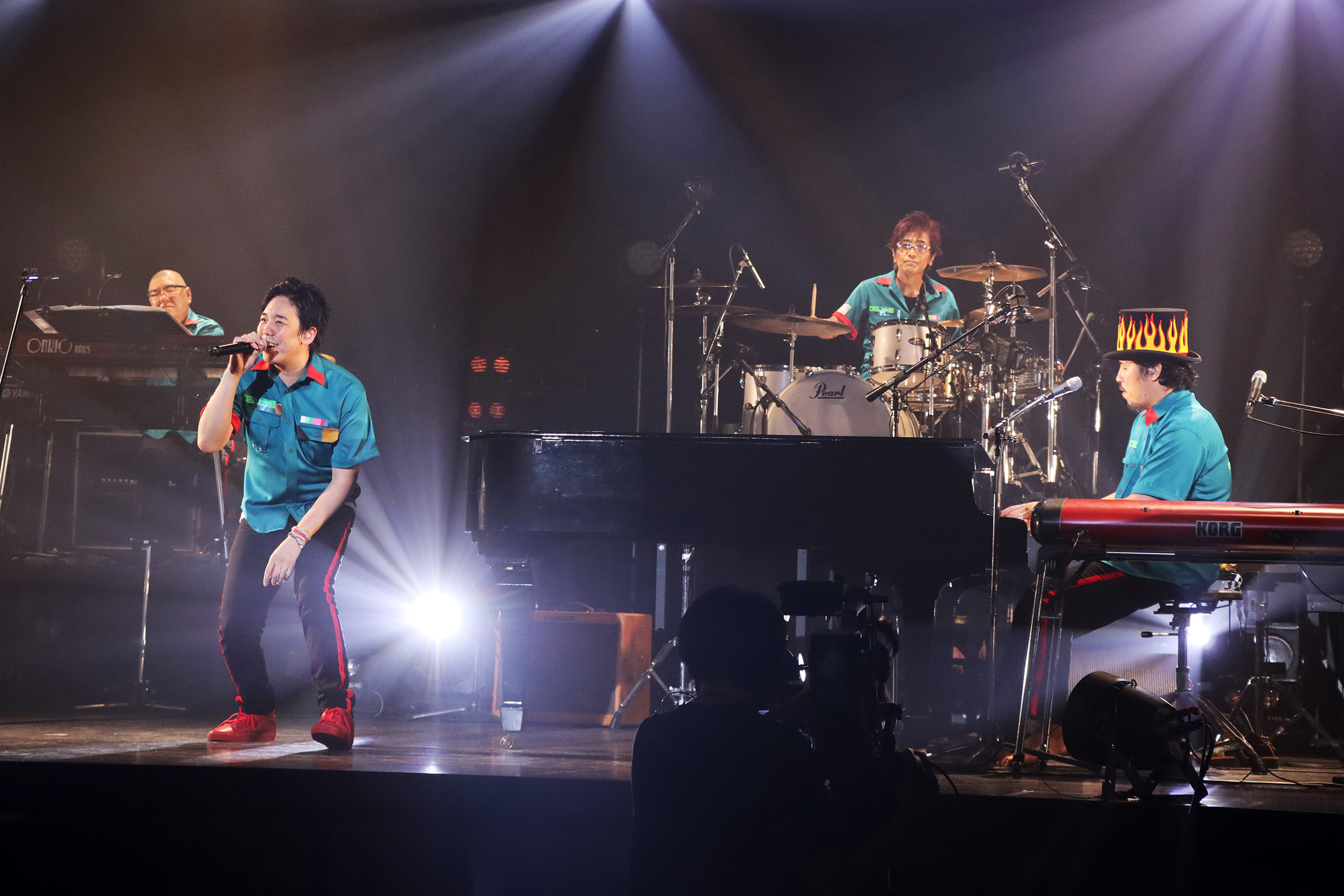 
It started out as part of a project within Sukima Switch’s official fan club, “DELUXE”.
Based on a list of “songs you would like new listeners of Sukima Switch to listen to” collected from fan club members, the 2 members of Sukima Switch decided on the set list. A virtual concert was created by connecting footage from past concerts and uploaded onto Sukima Switch’s official YouTube channel. Taking its content from said virtual concert, which was titled “Chosen by Sukima Switch and fan club members! Virtual concert with a God-like set list! ‘LIVE a la carte 2020’ (スキマスイッチとファンクラブ会員が選んだ！神セトリの仮想ライブ！『LIVE a la carte 2020』)”, this paid live concert broadcast is literally a “Jissai ni Yattemita! (I actually tried doing it!)”.

Appropriately referred to as a “God-like set list”, the set list features an exquisite blend of Sukima Switch’s hit songs “Kanade (奏)”, “Zenryoku Shounen (全力少年)” and “Guarana (ガラナ)” and songs like “Designers Mansion (デザイナーズマンション)”, “SL9”, “Arsene no Yuutsu (アーセンの憂鬱)” and “Boku to Kasa to Nichiyoubi (僕と傘と日曜日)” which are popular with fans. As the concert progresses, glimpses of the ideas and effort put into the concert live-stream can be seen, such as the addition of lyrics onto videos and communication with the viewers through the chat function.

However, the highlight of the day was without a doubt the emotional performances. The joy of finally being able to perform with friends and the joy of being able to perform in front of an audience, even online, overflowed from them and Takuya Ohashi also mentioned, “It’s so fun to be able to hold a concert!”, multiple times. As Ohashi called for a call & response through the screen, fans responded using the chat function, creating a sense of unity.

After completely reenacting the “God-like set list”, Sukima Switch went on to perform “Revival”, “Miraika for Anniversary (未来花(ミライカ) for Anniversary)” and “Realize (リアライズ)” during the encore. During the final talk section, Sukima Switch made a surprise announcement regarding the release of its 2nd selection album “Sukima no Hanataba ~Smile Song Selection~ (スキマノハナタバ～Smile Song Selection～)” on August 19. In this time where concerts are not expected to restart in the foreseeable future, the duo has continued to search for things they can do to bring smiles to their fans. The live concert broadcast of “Team Sukima Switch” came to an end as we continue to feel the strong bonds that makes us forget that we have been separated.